Animals are so loving. Even when a creature has been through a lot, he or she will openly show affection to anyone who shows a little kindness. One woman realized how sweet animals can be when she rescued a dog from a shelter. 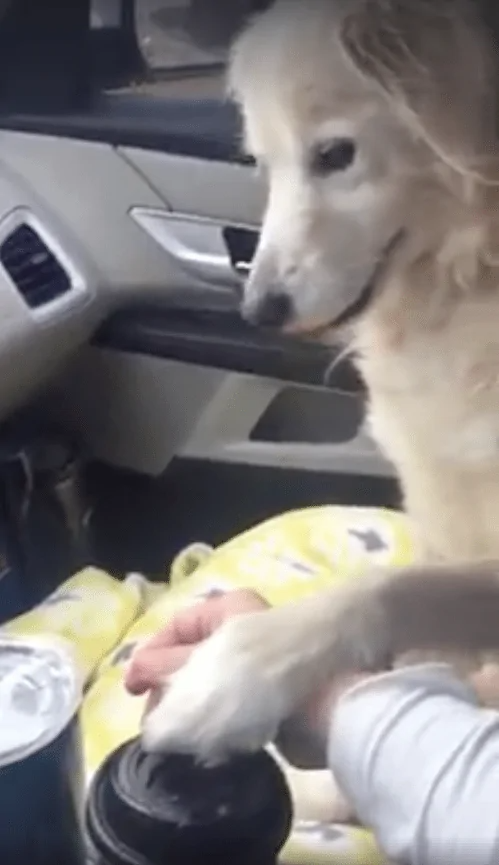 Regan is a golden retriever with a tough past. She had lived with her previous owner, but when he died no one from his family took her in. Suddenly alone, this pup was forced to go to a shelter.

She was brought to her temporary home in Lebanon, Tennessee. There, Regan’s best bet was to win over the heart of a human. That way, she could have a home again.

Kim Mozena Rezac was destined to be that human. When she walked into the shelter, she immediately noticed Regan. She tried to introduce herself, but the dog was so shy. 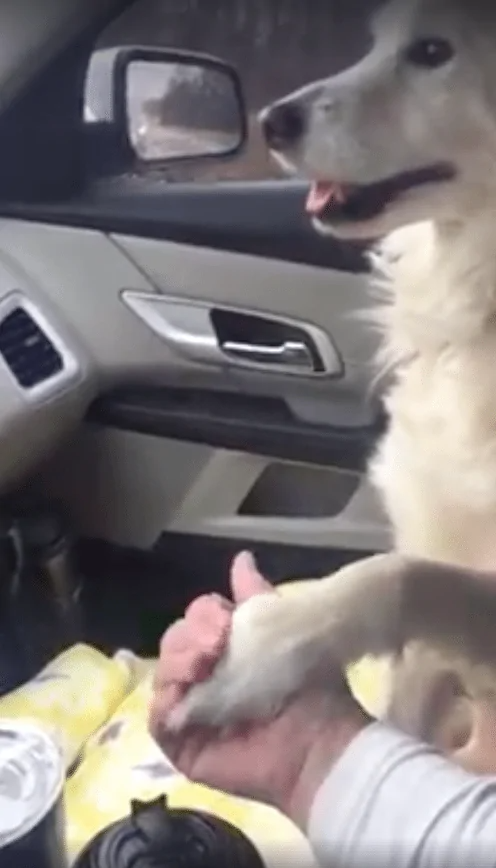 It took Kim three days to earn Regan’s trust. “You could tell she was scared and afraid,” Kim told Today. “I would go in and give her treats and sit with her and talk.” Eventually, the two formed a lasting bond.

As they grew closer, Kim realized she could not leave the dog there all alone. She agreed to bring the pup home. She would foster her until Regan found her forever home.

The woman knew the dog would be excited to leave the shelter, but she had no idea how much this act of kindness meant to the pup. As soon as they got into the car and started driving, Regan did something that made Kim’s heart melt.

She held hands with her human. Kim tried to pull away and focus on the road, but the dog refused to let go. Whenever Kim would move her hand, Regan would nudge it with her paw and demand the hand back. The interaction was just so sweet. 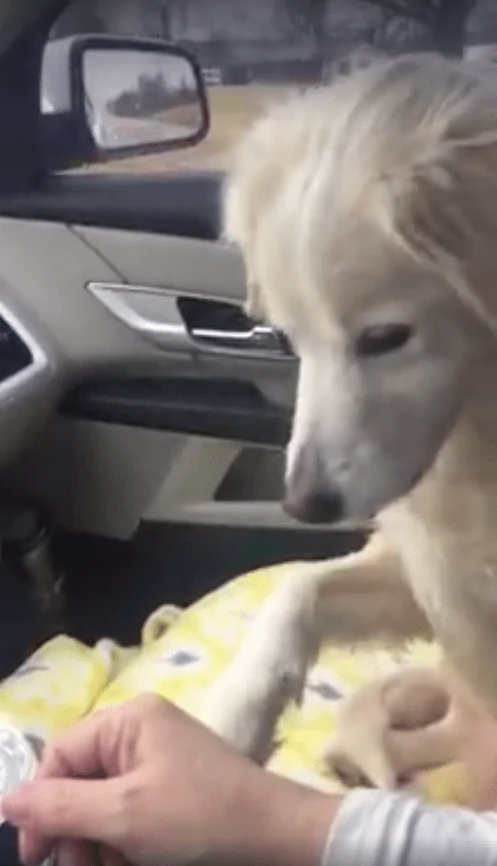 Dogs are capable of the full gamut of emotions, and this one certainly showed what was on her heart. She didn’t need words to show how grateful she was to be going home at last.

Dogs have feelings that can be just as vivid as human ones. They definitely understand what love is and how to show it. This pup proved her love for her rescuer in a way that the woman never could have expected. This is one moment she will never be able to forget.