Thanks to home security footage, Heidi Dalbec didn’t have any trouble tracking down the delivery driver who stole her beloved cat. The problem is, people are dishonest and her cat is still missing. The 12-year-old family cat named Dot has been missing for almost three months, and Dalbec needs answers.

It all started when Dalbec had a few packages from a local and independently-owned AutoZone delivered to her house. Soon after, she noticed Dot was missing and checked the security camera that was outside her home. It didn’t take long to piece together what happened.

Security footage shows the delivery driver petting and playing with Dot in the driveway. Both the cat and the man walked out of the frame before the van pulled away, but Dalbec knew no one had seen her cat since that interaction.

The worried cat owner contacted the driver twice, and both times the 23-year-old man said he didn’t take Dot. With no other leads, there wasn’t much Dalbec could do. She said in a Facebook post,

“I realized almost right away what had happened, tracked down the individual and confronted him. He lied, saying he did not take my cat. I approached him again, pleading with him to just give my cat back and I will drop the entire thing, but he lied again. I knew in my gut what had happened to Dot, but at that time I just couldn’t prove it.”

Dalbec spent weeks hoping Dot would find his way back home, but that didn’t happen. Instead, over two months later, she got a letter.

The letter was from the delivery person and included a confession. He finally admitted to stealing Dot by saying,

“I unfortunately made a poor judgement decision to take your cat.”

Even with the remorseful confession, Dalbec was no closer to finding Dot. According to the letter, the delivery driver regretted his decision to take Dot only 20 minutes after leaving her house. But instead of returning the cat to his home, he stopped his van and abandoned the cat on a rural country road. 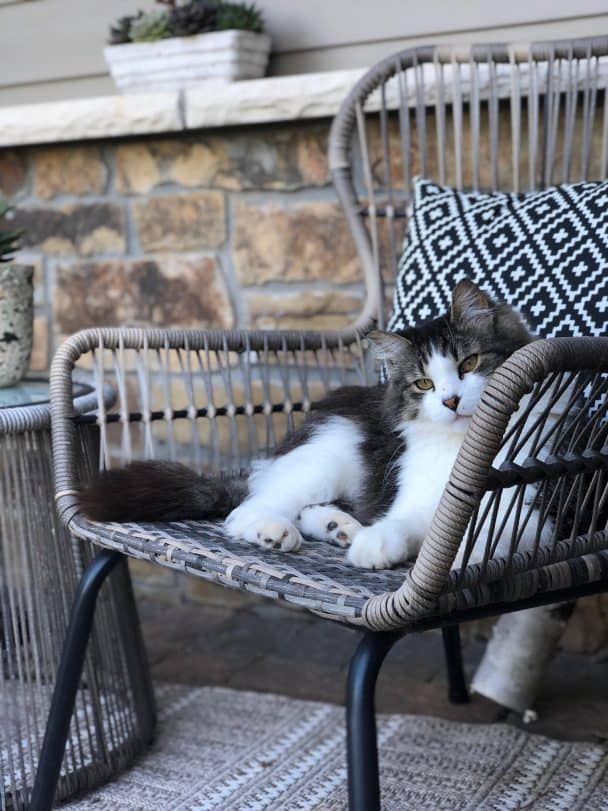 The new information came two months after the fact, and Dalbec knows Dot could now be anywhere. She says he’s a “very very friendly/outgoing feline” and hopes he approached a human and is out there somewhere being taken care of.

Dalbec is offering a $2,000 reward to anyone who has information on Dot’s whereabouts. She knows her chances of finding Dot get worse with every passing day, but she’s not giving up.

Meanwhile, the delivery driver has been charged with misdemeanor theft and misdemeanor animal abandonment.