This is Sting — a sweet therapy pup who loves nothing more than lending an ear.

For the past several years, he’s been volunteering with the “Paws to Read” program at the White Bear Lake Library in Minnesota. There, he helps kids aged 4 to 8 feel more comfortable and confident about books and reading, simply by resting alongside them as they read stories to him aloud.But last week, the unthinkable happened.No one showed up. 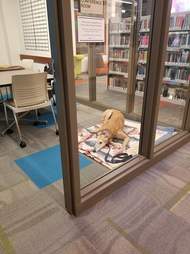 Sting’s handler, John Muellner, says he’s aware that February is one of the slower months for the program, but had been hoping some young readers would come through in the end.”I actually knew nobody signed up that afternoon, but Ann the librarian was going to try and drum up some business,” Muellner told The Dodo. “And since it’s fairly close to us, I thought why not just go?”Muellner might have known what to expect, but Sting clearly didn’t get the memo. 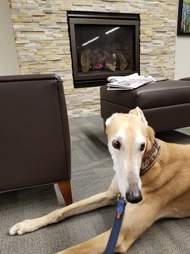 Sting seemed rather disappointed — a little brokenhearted, even.

Muellner later posted about Sting’s sad predicament on Facebook.Little could the dog have guessed what an overwhelming outpouring of support he’d receive. 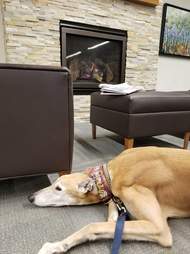 Before long, Muellner’s post went viral, with tens of thousands of people liking, sharing and commenting — all for Sting’s benefit. Some folks even seemed willing to buy plane tickets to Minnesota just to read him a story. “It’s been insane,” Muellner said. “I guess these days nothing surprises me with the internet. But the amount and with responses worldwide is a bit astounding.”But all the attention has had a real impact; Sting’s reading schedule is now totally booked with eager kids for the next few months. He’s now a star. 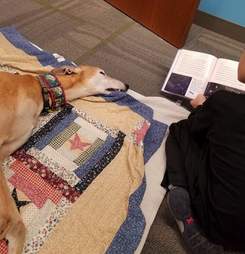 With this happy outcome, it’s hard to imagine Sting ever being disappointed again. And best of all, he’ll get the chance to make life a little better for the next generation of readers — just by being himself.”It’s great to see some of them come out of their shell,” Muellner said. “I mean think about it, when’s the last time you read out loud for 20 minutes?” 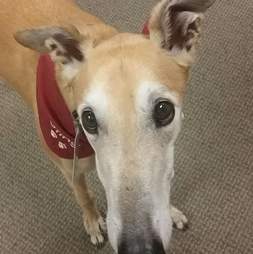