The people who used to own Ashley hardly fed her, rarely took her outside and, in the end, they simply abandoned her.

Thankfully, Erica Mahnken, cofounder of No More Pain Rescue, and her fiance Michael Favor, rescued the 1-year-old pit bull in January of 2017. 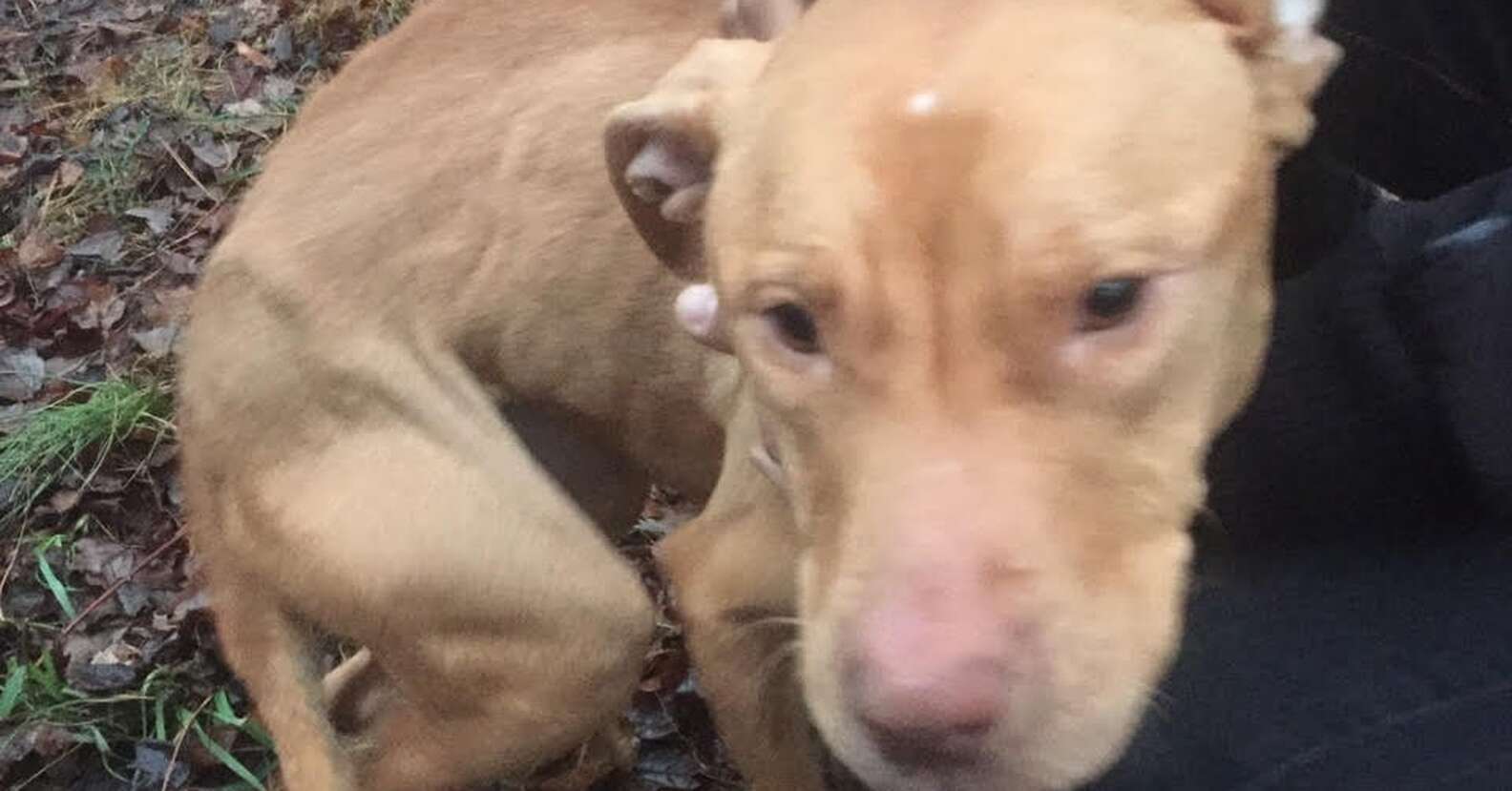 “We got a phone call from somebody that there was a couple living in an abandoned house. They had no heat or electricity, and they had a dog there,” Mahnken told The Dodo shortly after the rescue.

When a snowstorm hit, the couple apparently left. “I guess they went to find somewhere warm to stay, and they had left the dog behind,” Mahnken said. “So as soon as we got the phone call, we ran and got her.”

Favor made Mahnken stay in the car while he ventured inside to find the dog. He’d later tell Mahnken how bad it was. “There was no electricity in the house — it was freezing,” Mahnken said. “No food, no water for her. The house was a disaster. The windows were broken, and there was feces all over the place.” 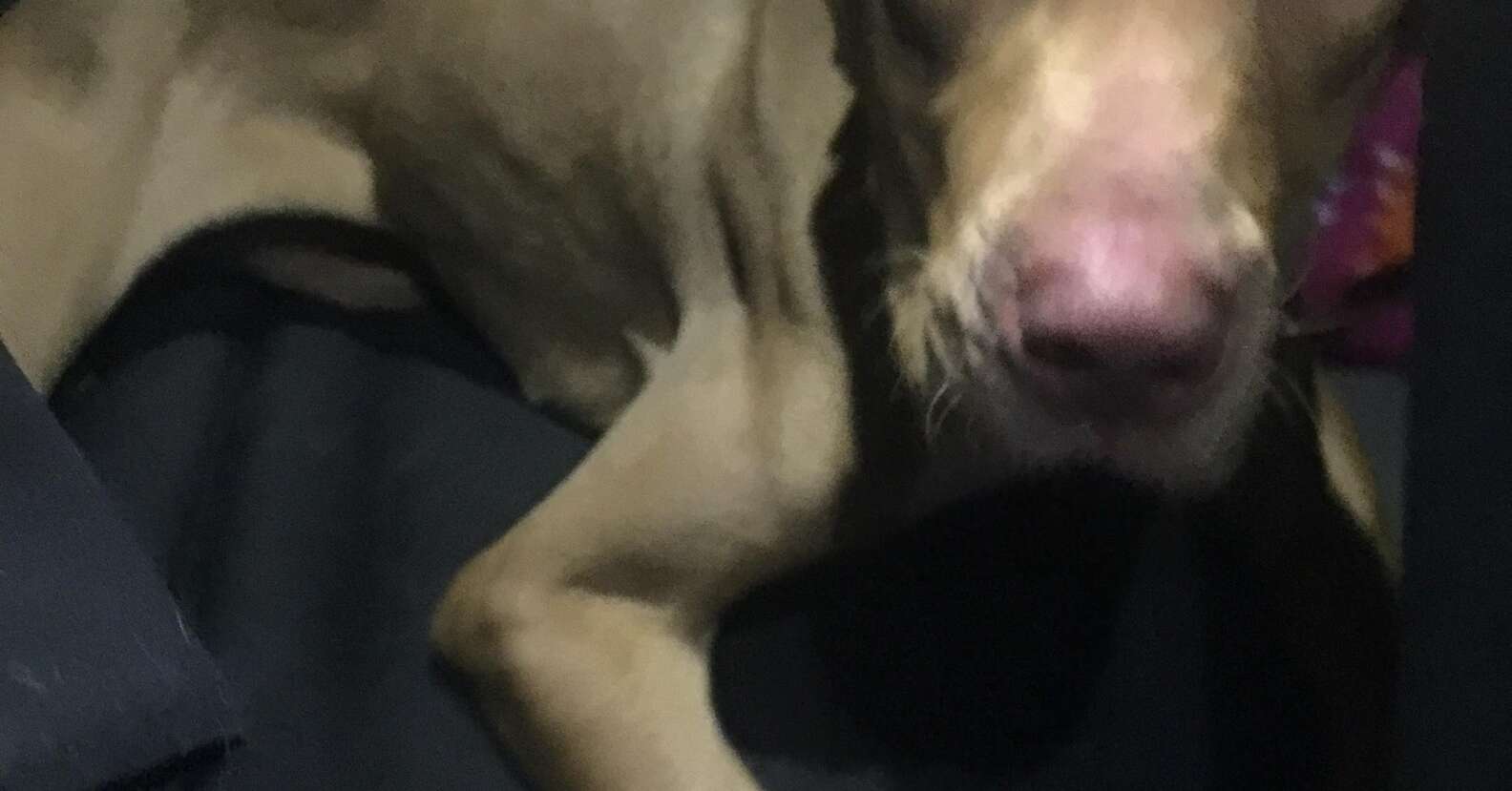 But Ashley was unharmed, and she looked like the most joyful dog when Favor walked her out.

“She came running down, super happy,” Mahnken said. “She jumped straight into my car.”

Ashley was thin and malnourished. “All you saw were her ribs — she was so skinny. And the vet later said she was 25 pounds underweight.”

They also noticed that Ashley had cigarette burns on the top of her head. 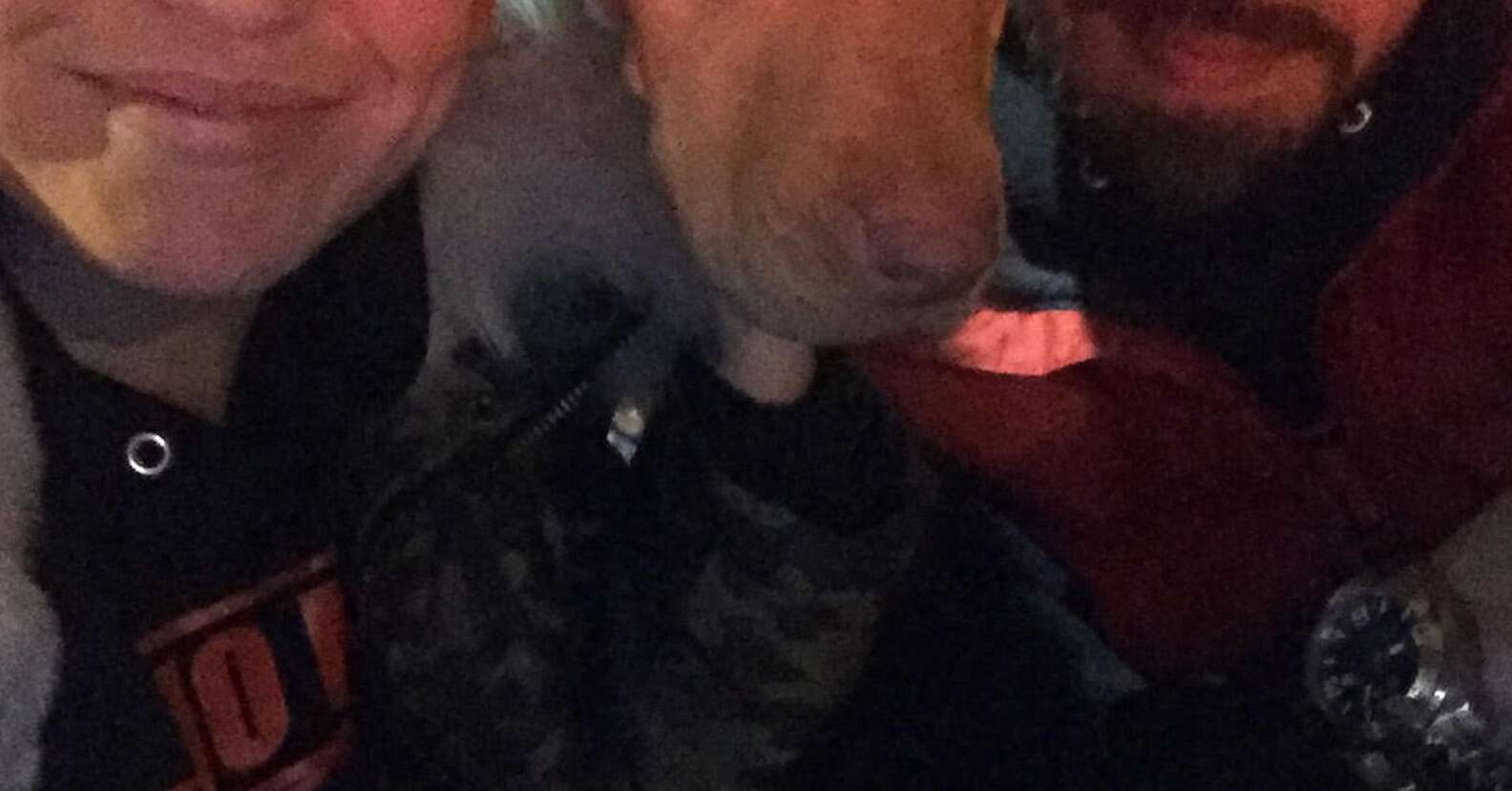 Since No More Pain Rescue doesn’t have a physical shelter, Mahnken and Favor needed to get Ashley straight into a foster home. They had friends in the New York City Fire Department (FDNY), and knew there used to be a dog at the Fort Pitt station. So Mahnken and Favor asked if the firefighters would hold onto Ashley until they found her a proper home. 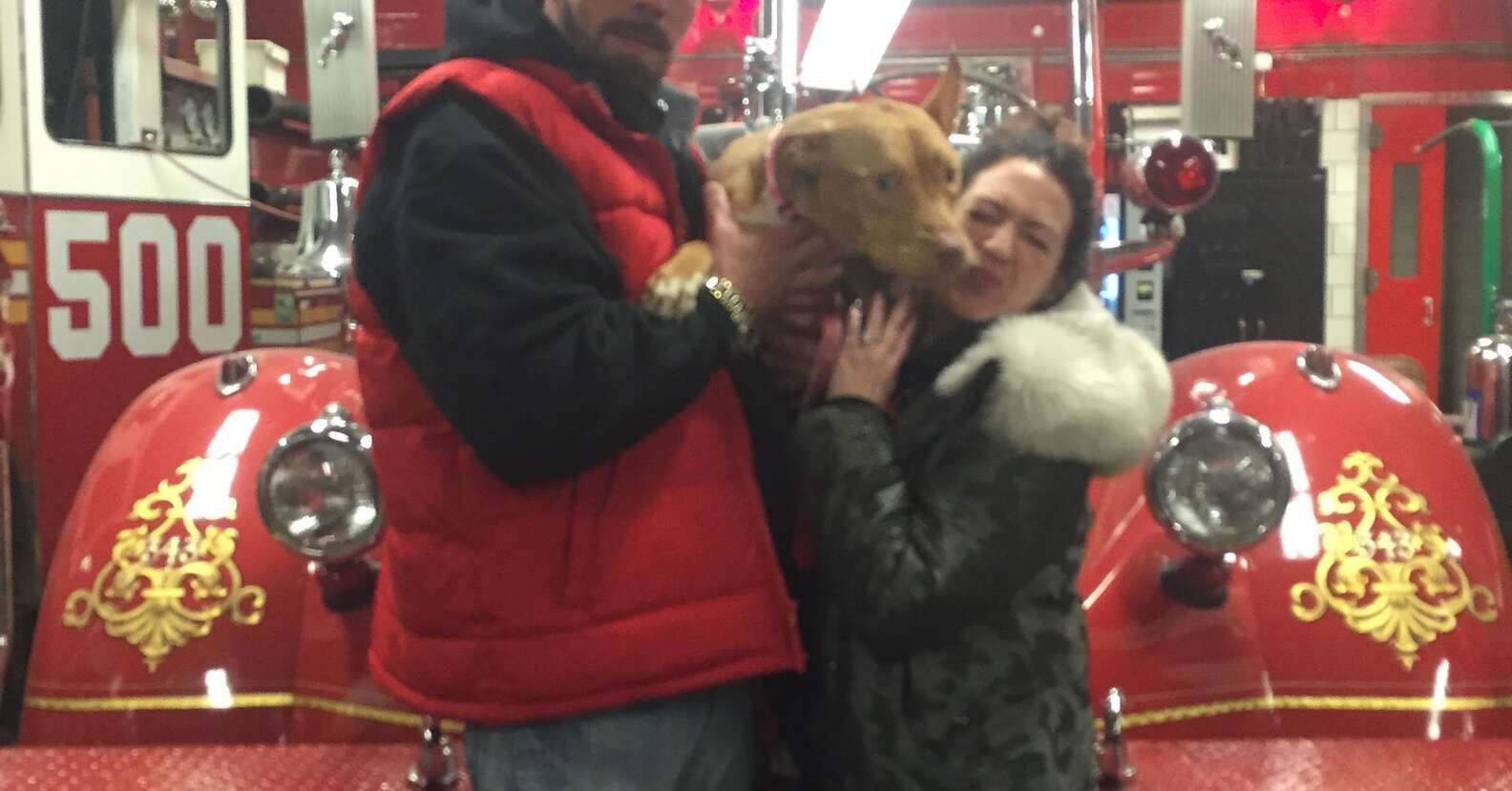 “As soon as she walked into the firehouse, her tail was wagging, and she was licking and greeting everybody,” Mahnken said. “She was super happy. From where she came from, you wouldn’t really expect that. You would think that she’d be a little skittish, but she wasn’t at all.” 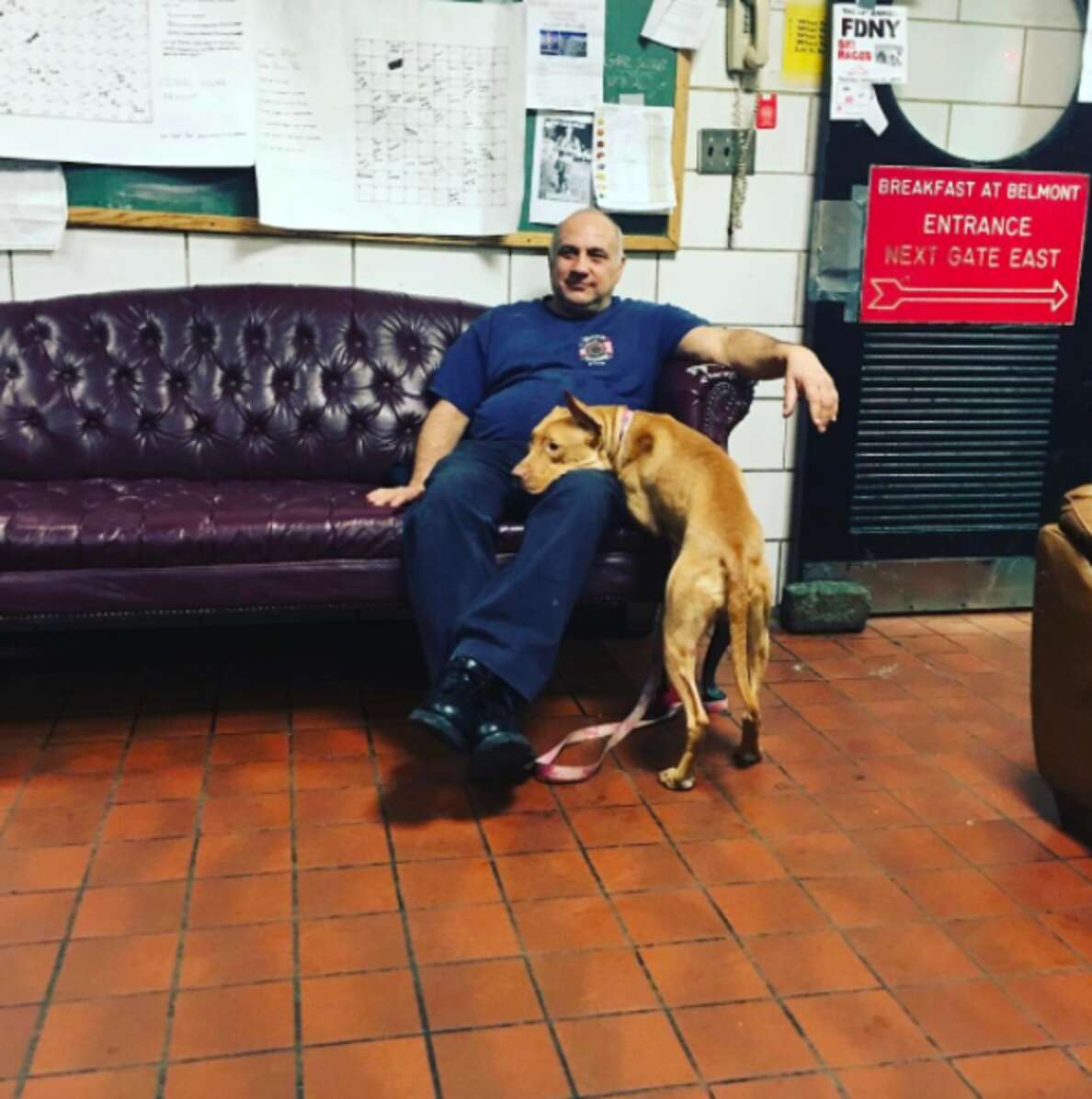 Not all that surprisingly, the firefighting team called Mahnken a few days later, asking to keep Ashley. 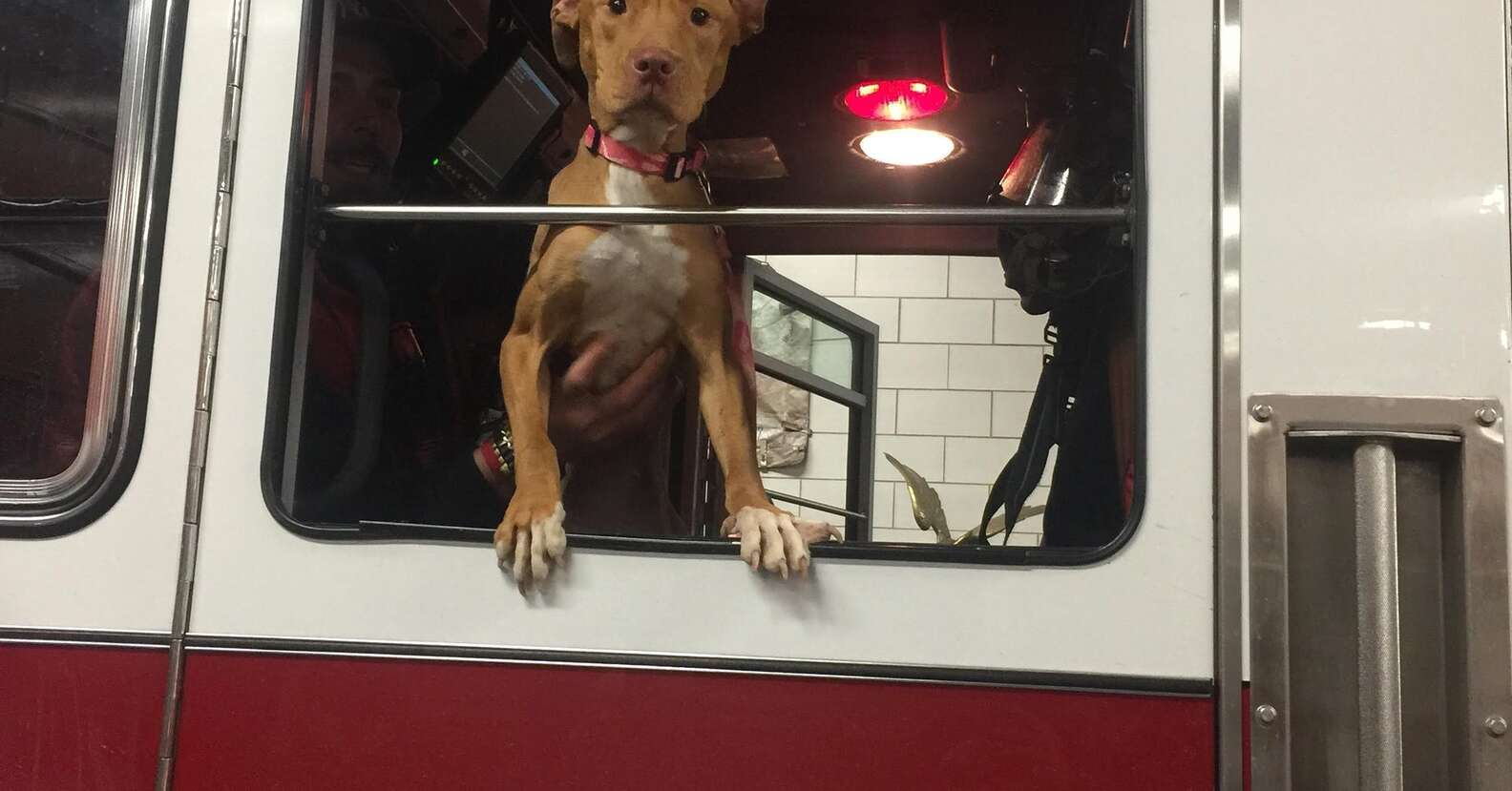 “They said, ‘We’re going to adopt her. We just love her so much. She is at home here,'” Mahnken said. “So I was thrilled. And as soon as I walked her in there, I knew that that’s where she belonged.” 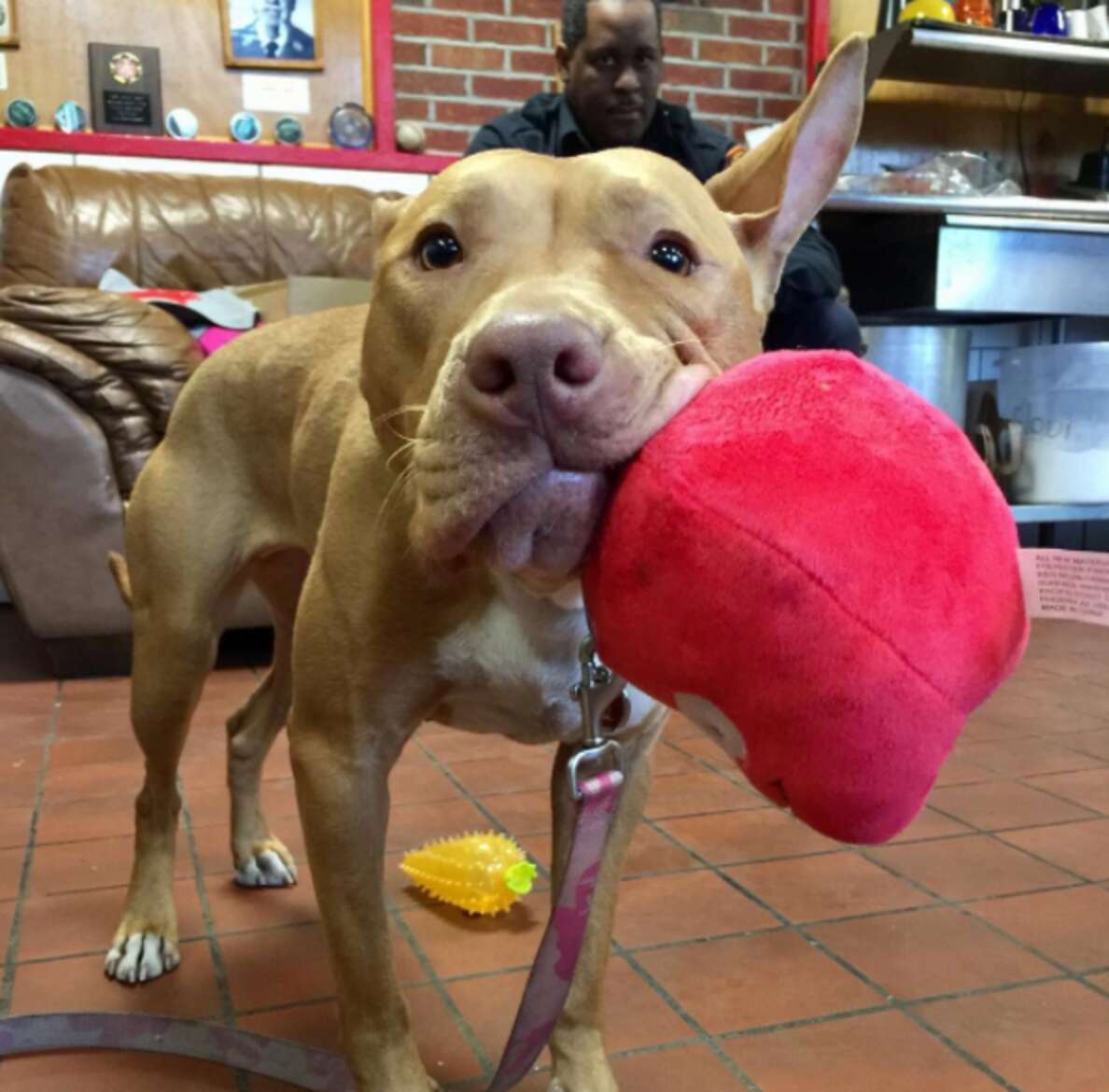