Rudy Armstrong was on his houseboat earlier this month when his foot fell asleep. He sat down and couldn’t move his arm when he awoke. Bubu, his devoted dog, came over to check on him, and she could tell something was amiss right away.

Because he couldn’t reach his phone, Armstrong looked Bubu in the eyes and said, “I need help.” “Go find Kim.” Bubu, a Chihuahua mix, was well-prepared. 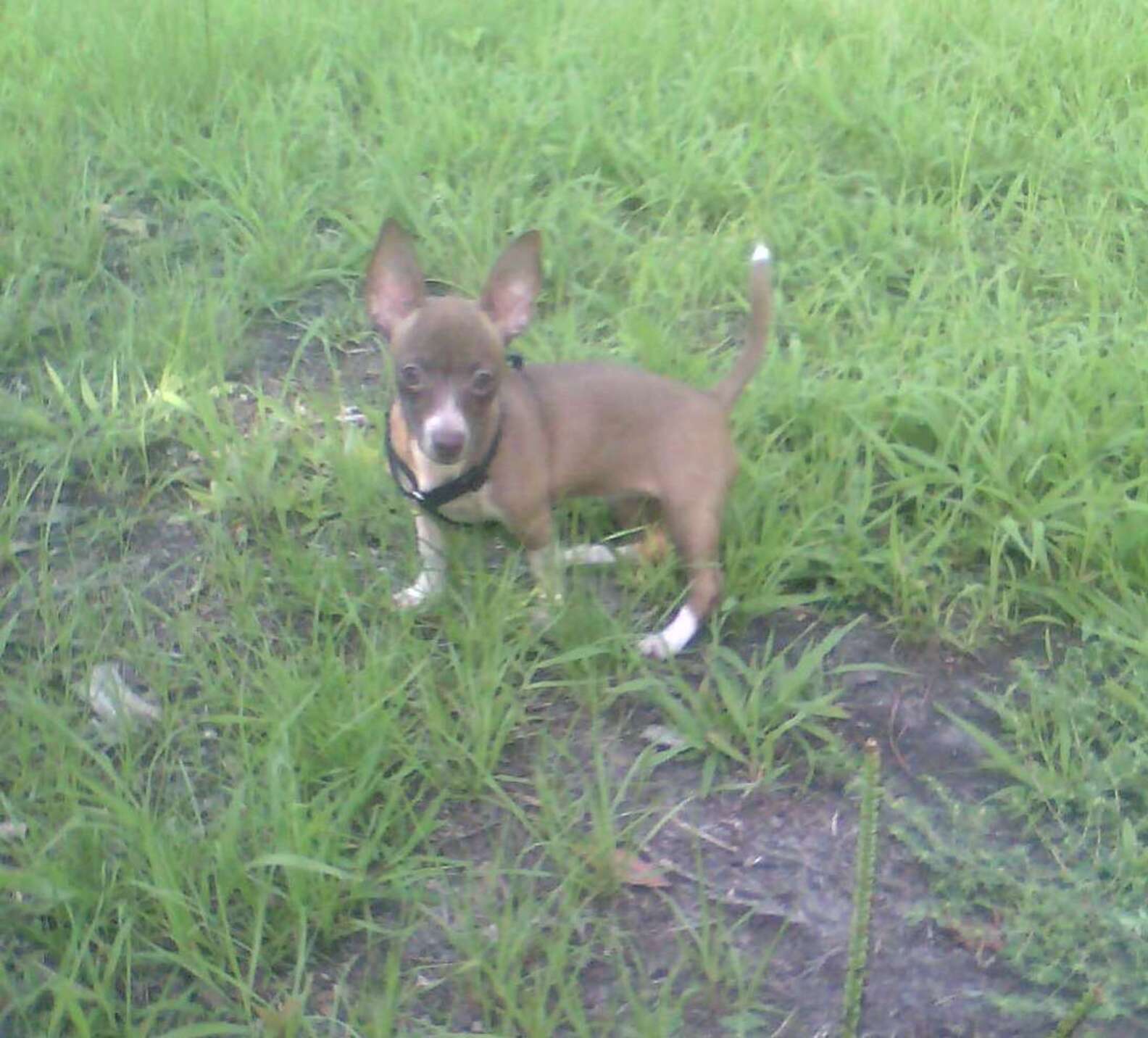 She dashed off the boat and dashed into the marina, where she ran into Kim, the marina’s dockmaster. Brandy Popp, public relations manager at CarolinaEast Health System, told The Dodo, “She came right up to her and instead of her typical welcome of barking, leaping, and licking her, she stopped right in front of her and laid over on her side.”

Kim returned with Bubu to the boat, where she discovered. 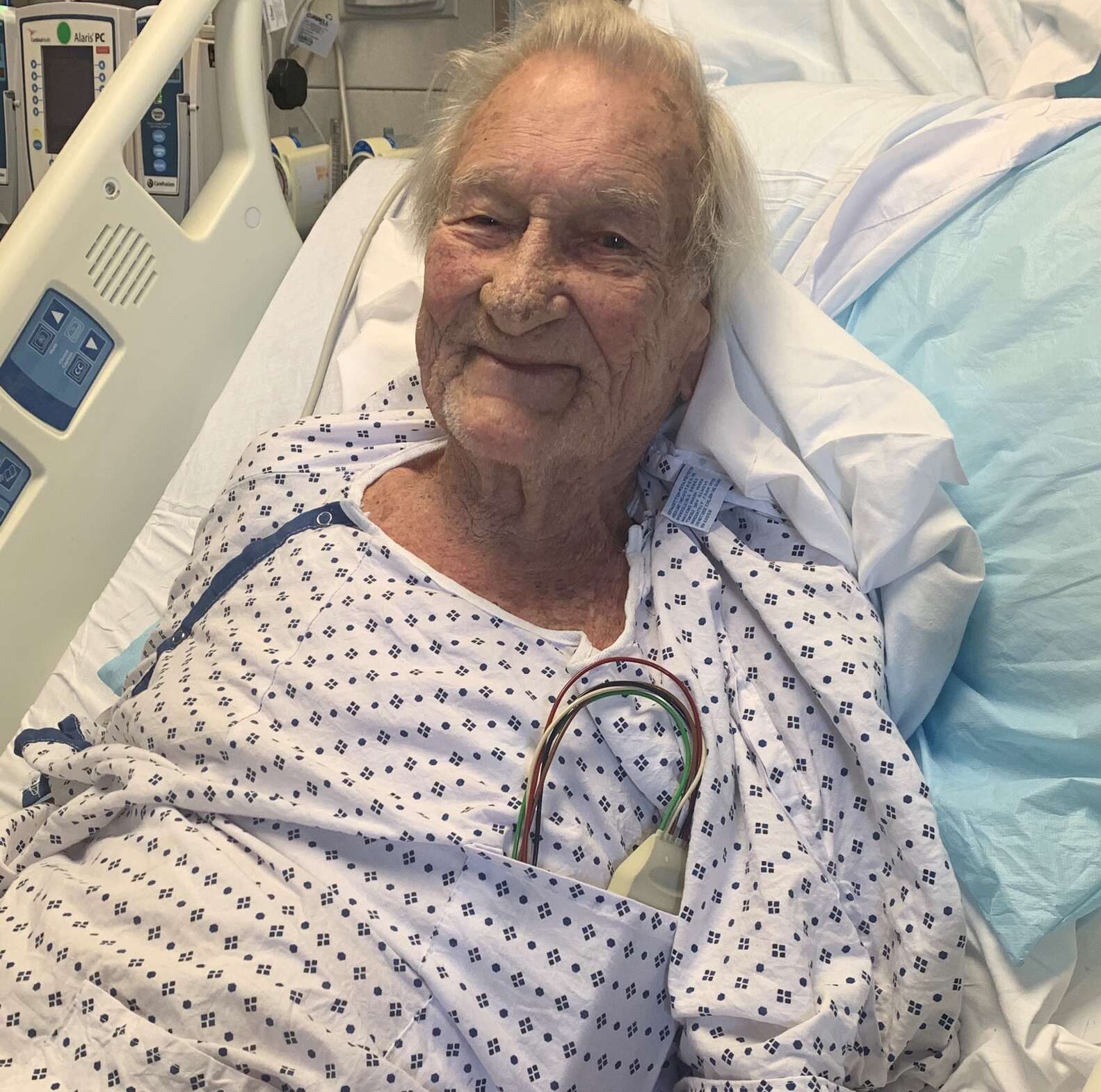 Bubu’s quick measures have helped her father recover quickly. Armstrong, on the other hand, missed his tiny companion more than anything after weeks in the hospital and rehab center.

“I went to Rudy’s room to learn more about Bubu’s role in saving his life, and I had the privilege of sitting with him for over an hour, listening to tale after story about his life, his time in the Navy, and his particular relationship with Bubu,” says the author. 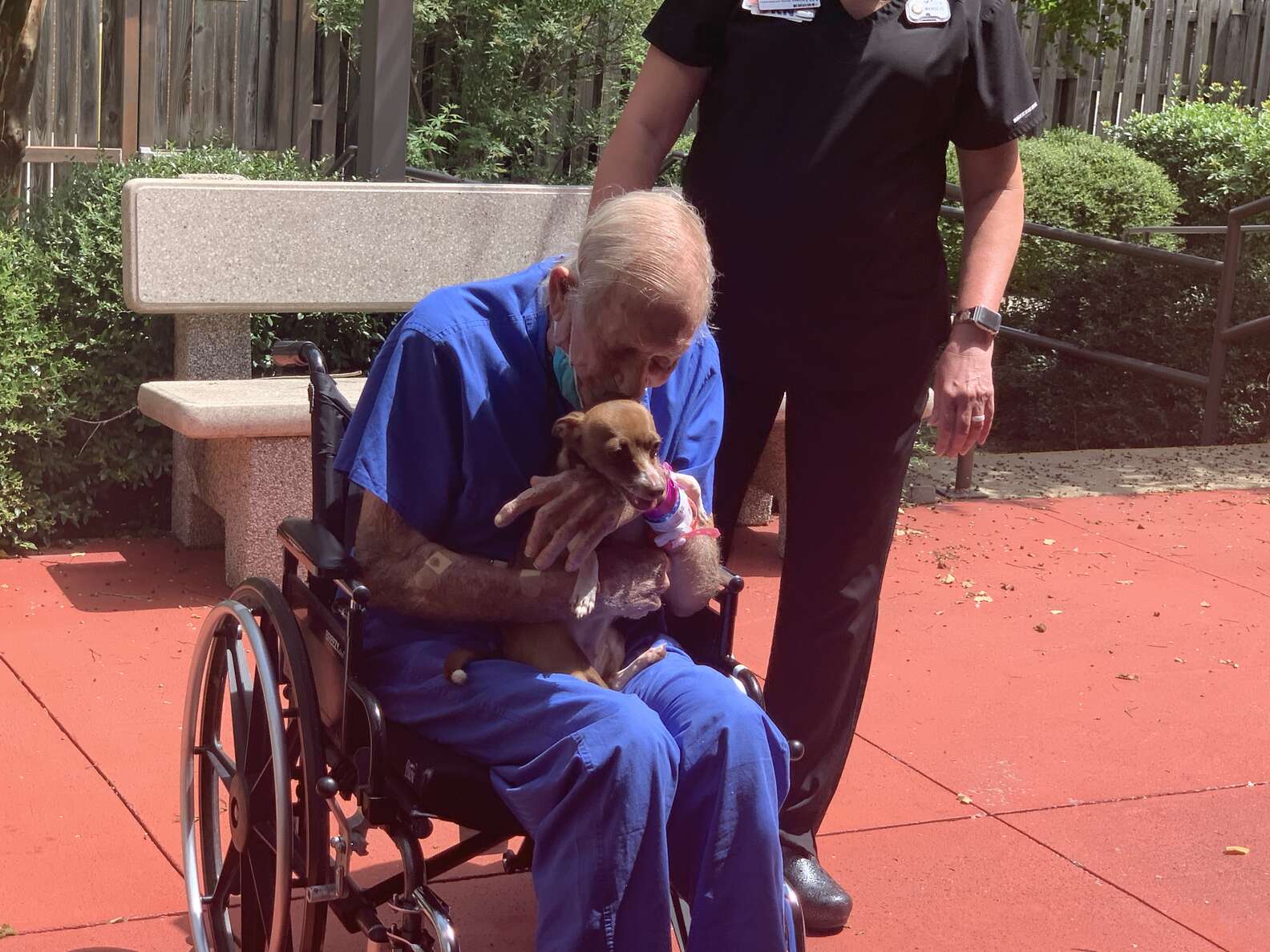 Armstrong was carried into the facility’s garden on the day of the reunion, when he couldn’t contain his joy. “Rudy was almost jumping in his wheelchair like a kid on Christmas morning leading up to her arrival,” Popp recalled. 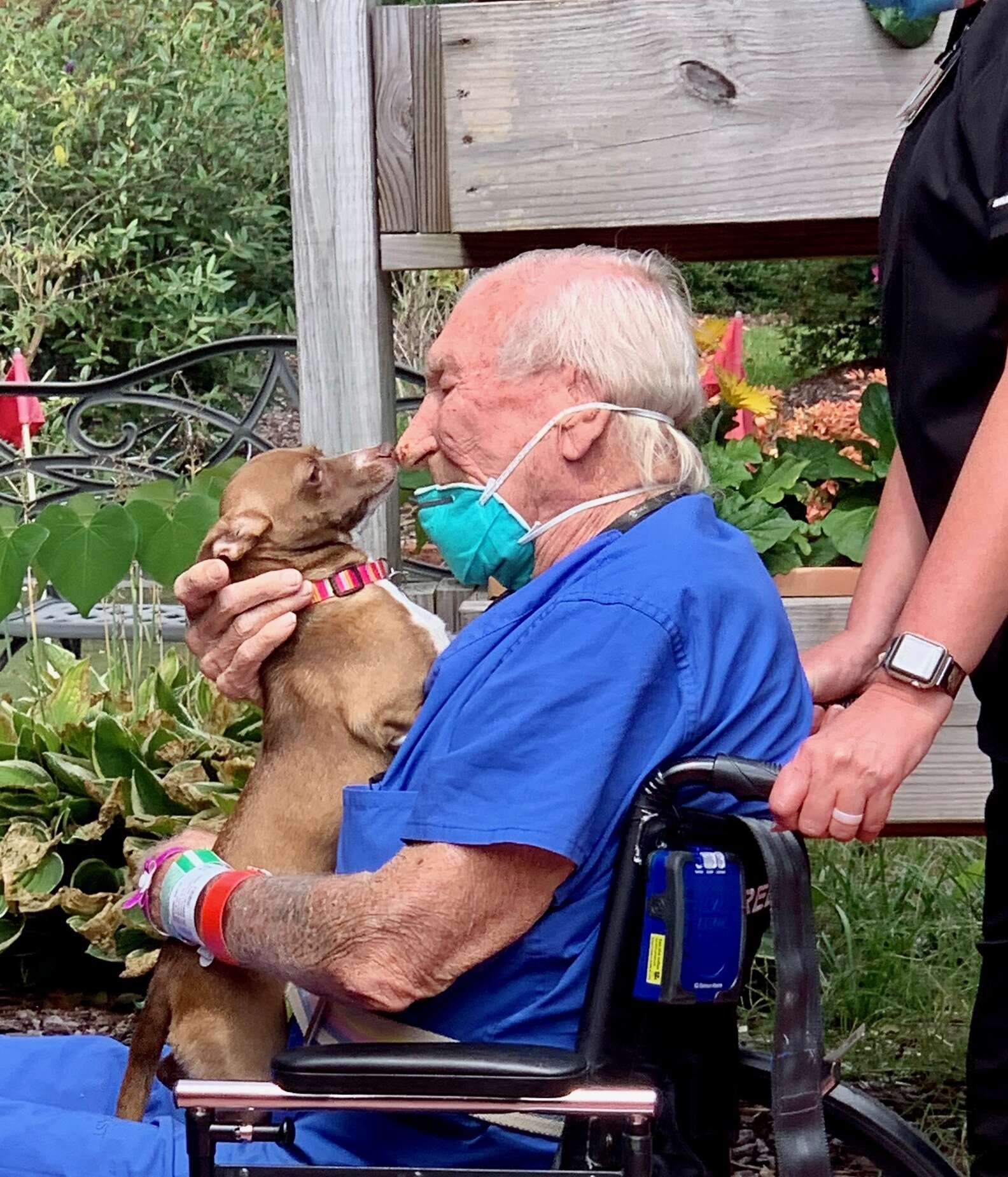 When Kim and Bubu arrived, the dog appeared perplexed at being in such a strange setting. But it didn’t take her long to identify her father.

“When Rudy took off his mask, Bubu immediately recognized him, leaped into his lap, and began kissing his face nonstop!” Popp remarked. “It was a lovely moment, and everyone in the room was near to tears with Rudy and Bubu’s apparent joy.” 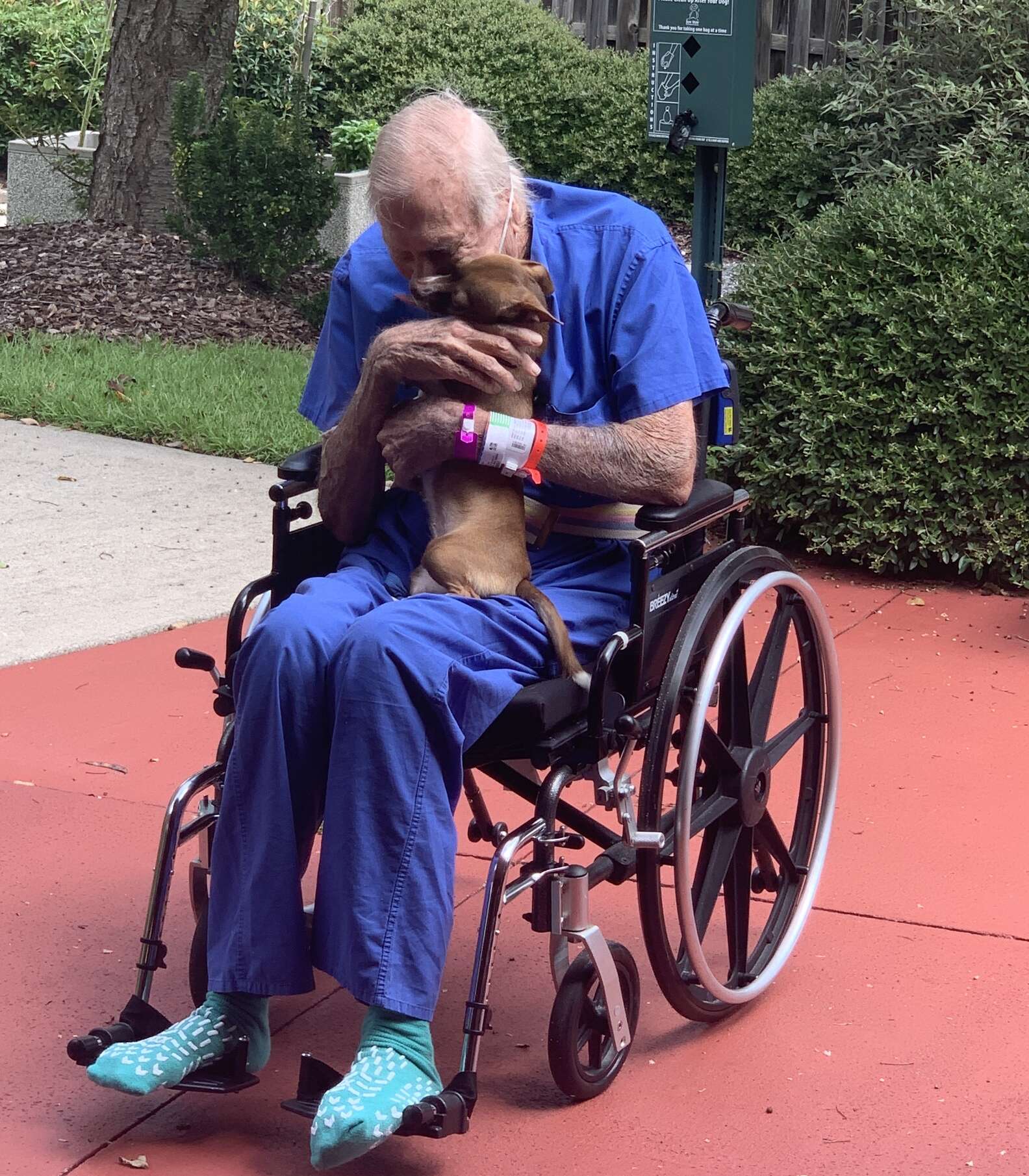 Armstrong has now been freed and is back on his boat with his faithful companion Bubu, ready to enjoy another day of hugs and licks.