It’s a sheep! It’s a cow! No, it’s Costasiella kuroshimae (or ‘Leaf Sheep’ for short). This adorable little sea slug, whose beady eyes and cute feelers make it look like a cartoon sea sheep, feeds on algae – just like the real thing! 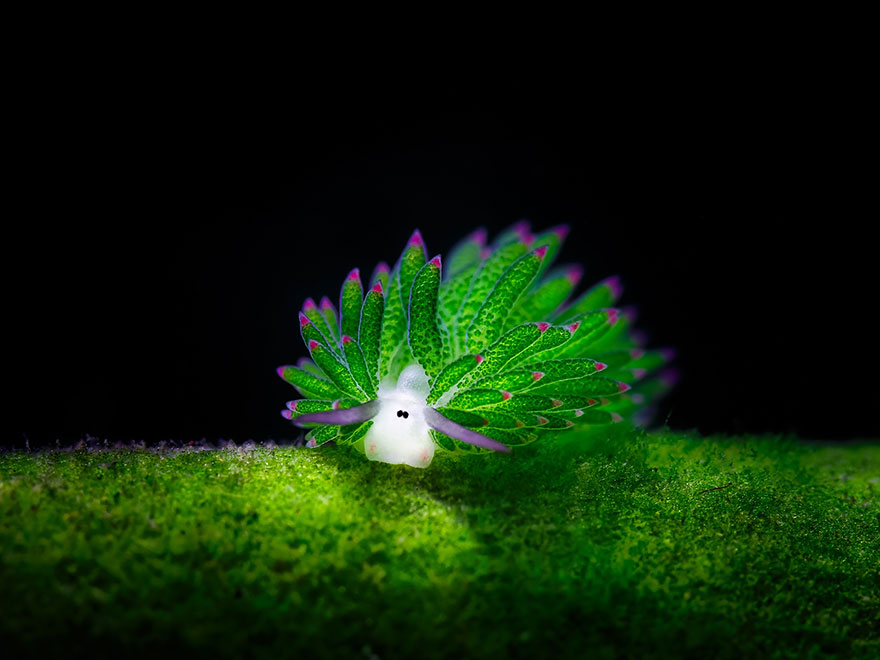 What’s fascinating about the tiny cute animal which can grow up to 5mm in length and can be found near Japan, Indonesia and the Philippines, is that they are one of the only sea creatures in the world that can perform photosynthesis (the others all belong to the sacoglossa sea slug clade). 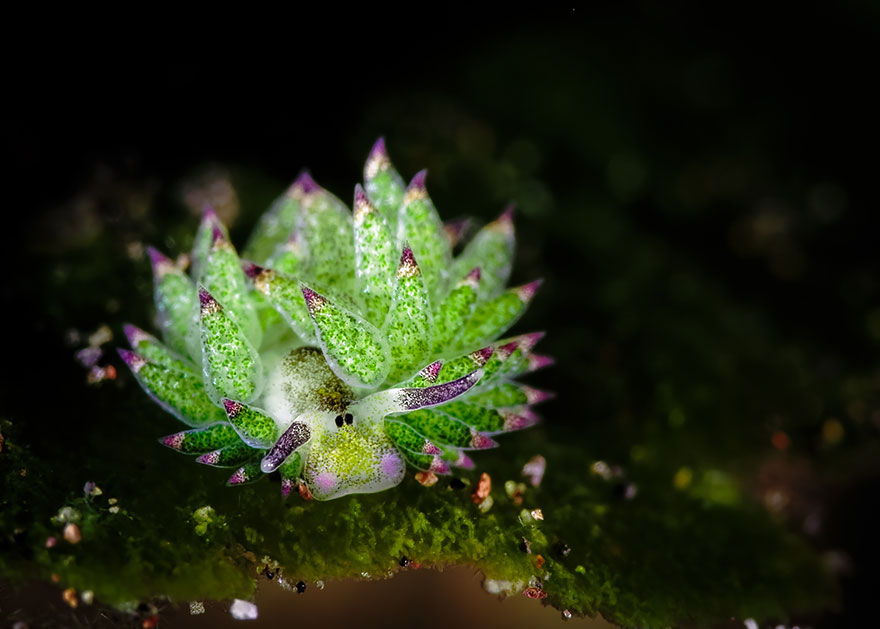 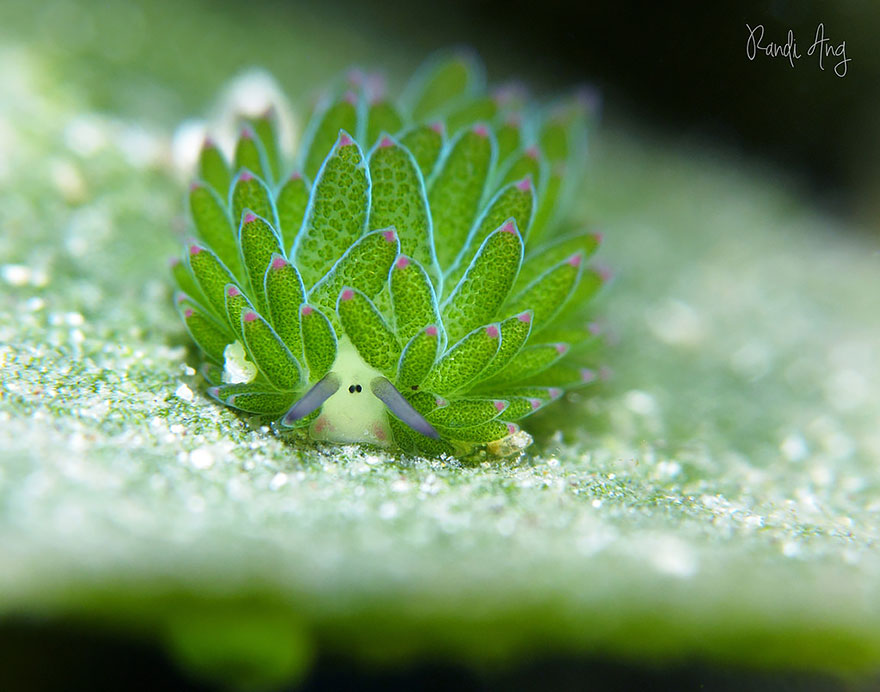 When these weird animals eat algae, they suck out the chloroplasts and incorporate them into their own bodies in a process called kleptoplasty. This process, which otherwise can only be performed by single-celled organisms, essentially makes them solar-powered slugs! 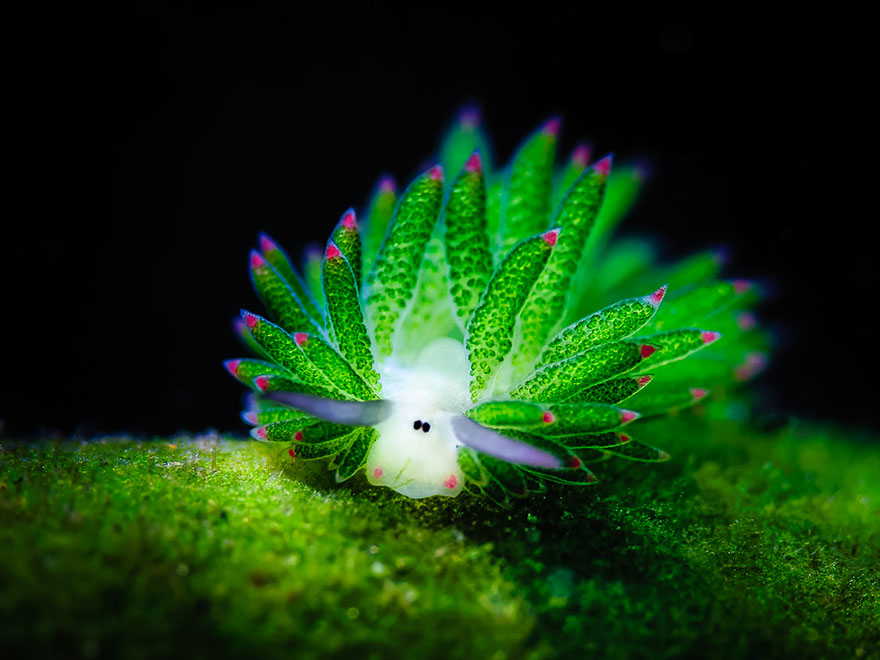