We believe it is safe to state that businesses from all over the world are constantly seeking for new ways to stand out in advertising venues in the world’s main cities.

Given this, the bustling streets of Tokyo, Japan are in high demand, as they are always bustling with people going about their daily lives. Billboards are popping up on Tokyo’s streets left and right, and this one is no exception; nevertheless, the concept behind the billboard is unexpectedly adorable and healthy!

You might wonder why. It’s not every day that a massive 3D cat appears above one of the world’s largest and busiest railway stations. Just a few days ago, a hyper-realistic, massive cat materialized apparently out of nowhere in the Shinjuku neighborhood. Currently, the massive kitty hovers over potential travelers of the train station at all hours of the day and night.

If you want to see what all the hype is about, scroll down to see some adorable videos!

More information is available at vision.xspace.tokyo and Twitter.com.

A hyper-realistic 3D cat recently emerged on a billboard in Tokyo, Japan, and footage of it have gone popular on social media.

A few Twitter users shared footage of the cat yawning, sleeping, and generally behaving like a cat. 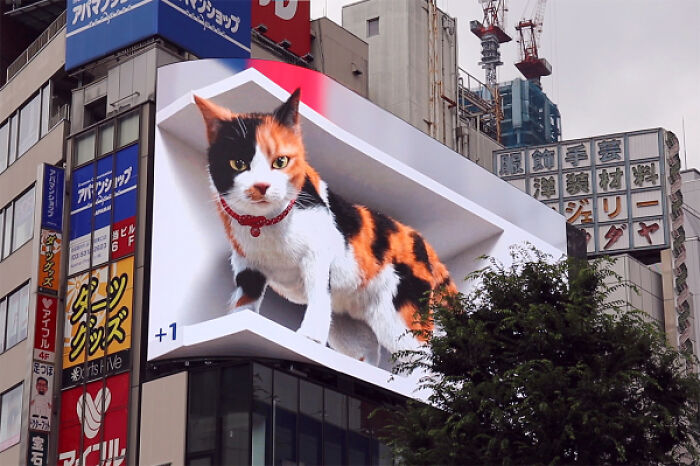 Outside Shinjuku Station in Tokyo, Japan, there is an advertising space known as Cross Shinjuku Vision. The 154.7 square meter big screen is located directly next to the Cross Shinjuku skyscraper. The attention is drawn to the high-quality technology: the 4K pictures and high-quality sound speakers, along with the displayed images, manage to captivate passersby. 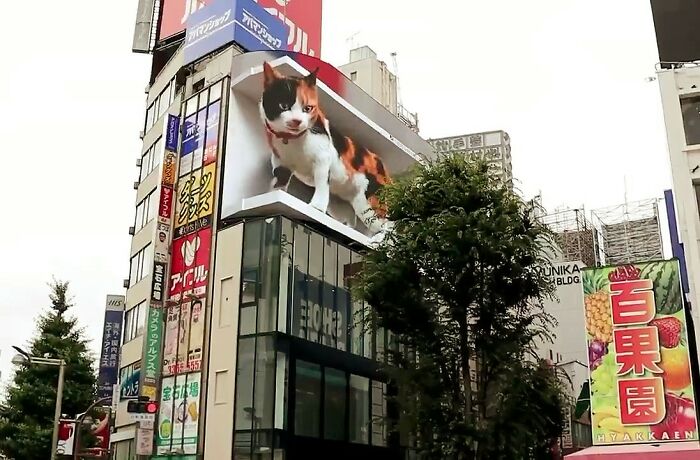 MicroAd Digital Signage and Yunika Vision created the enormous cat on behalf of Cross Space (the building’s owner), with the goal of showing a future of possibilities. The enormous cat commercial will make its big and formal premiere on July 12th, since the present airing is merely a series of testing.

The cute 3D cat went viral on the internet, much to no one’s surprise, as many were intrigued by the unique sight in the street. 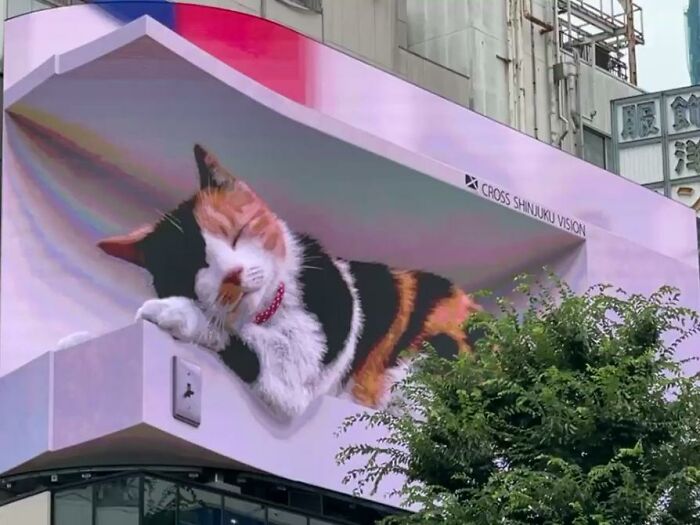 The hyper-realistic installation can be seen at Shinjuku Station’s east exit area thanks to a unique curved 3D screen. 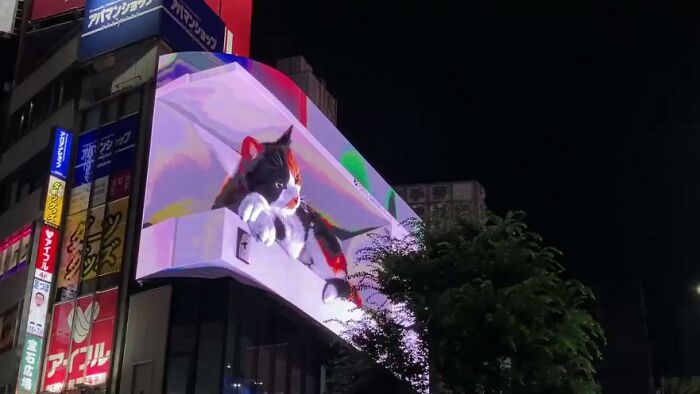 Japan is now adopting a curved LED digital signage style that has shown to be effective in China and South Korea. The ad’s uniqueness comes from the fact that it creates the idea that the cat is interacting with humans.

The calico cat billboard is on display from 7 a.m. until 1 a.m., with the video changing throughout the day. 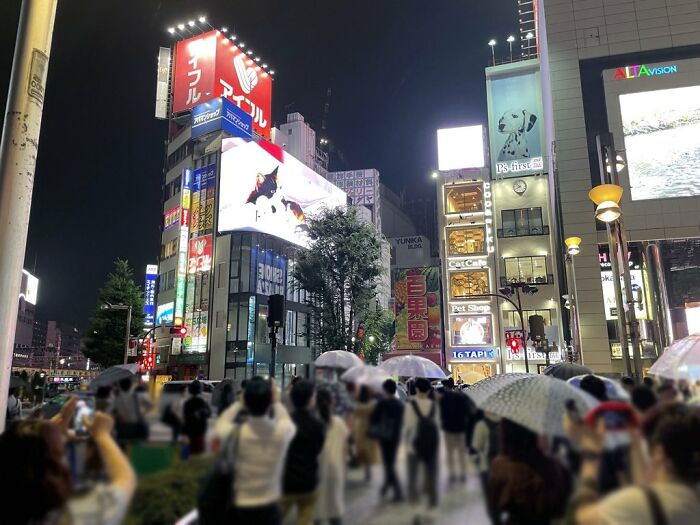 Before the calico cat show, this is what the billboard looked like. 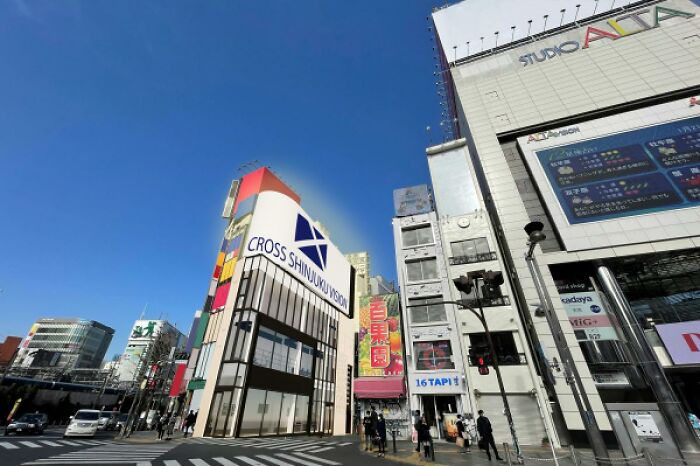 If you’re unable to visit, but would like to catch a peek of the hyper-realistic calico in person, don’t worry! Cross Space, one of the firms behind the cat ad display, has chosen to create a video feed on YouTube, where viewers can see the ad as it displays on a regular basis.

The 3D cat has gotten a lot of attention online, and Twitter users have been quick to remark.