Cats love to lounge around. They take ‘cat naps’ all throughout the day sleeping 12 to 16 hours – but what about at night? You may not know this, but cats are actually nocturnal animals. Sure they adjust their sleep patterns a bit to match those of their owners, but on the whole nighttime is when they like to come out and play.

A cat owner in Thailand wanted to know just what kind of shenanigans his cute cat was getting into at night so he set up a secret camera to record his pet while he slumbered. As you might imagine he caught some pretty adorable purr-anormal activity, as his furry companion stood watch of his sleeping body.

Facebook user Lomphonten Lomphontan uploaded nighttime cam shots of his cat’s behavior to the Thai Facebook group ‘Cat Lovers Club.’ As you can see he was able to catch some pretty perfect cat photos. 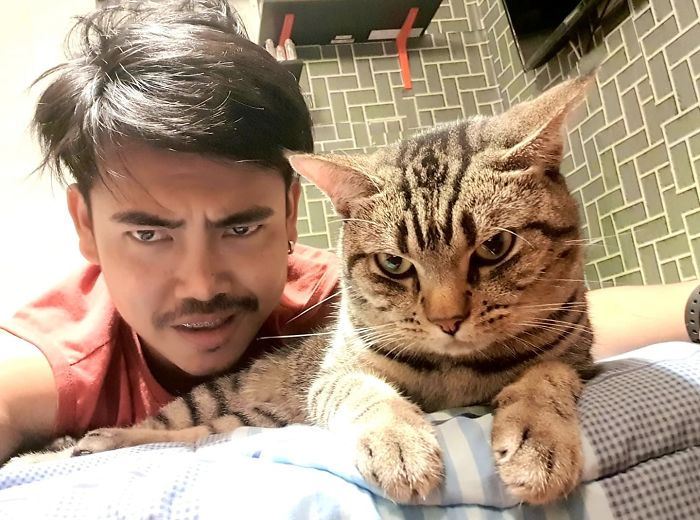 Cats are descendants of the African wildcat – a mostly nocturnal animal. The domestication of cats have made their activity patterns more diurnal (awake in the day) like ours, however, most cats will still wake at least twice if not more at night… as you can see here. 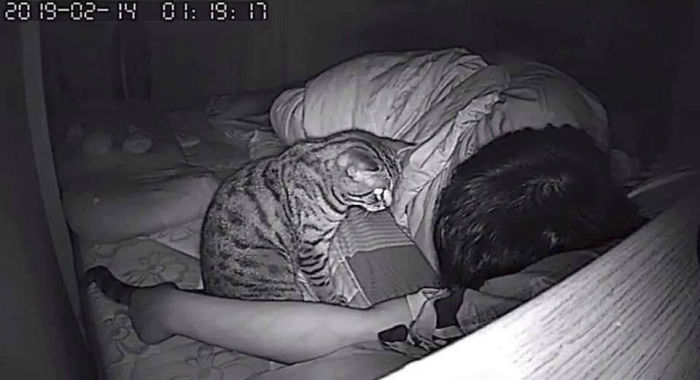 This Facebook user isn’t the only ‘curious cat’ who wanted to know what felines are up to at night. Researchers at the University of Georgia placed small cameras on 55 cats in the Atlanta area and then studied more than 37 hours of footage to identify trends. Just like their ancestors, 44% of these outdoor cats hunted for wildlife, 85% of these captures occurred during the warmer seasons. 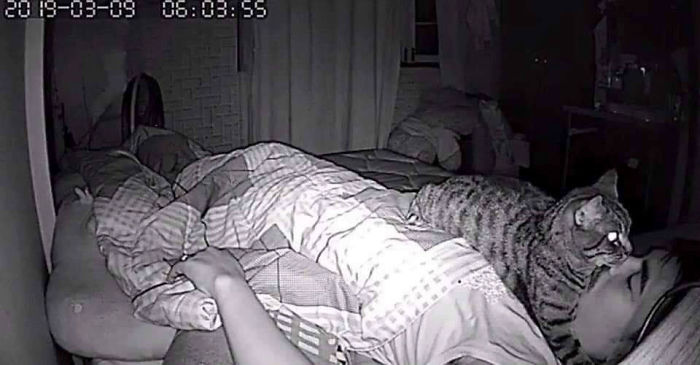 Whether they are indoor or outdoor you’ve probably heard silly cats make the most noise at night with yowling sounds. These cries can be due to a number of reasons: old age, stress, medical problems or just plain boredom (this happens especially in indoor cats that didn’t have enough playtime).