Rachel, a nurse in the United Kingdom who lives with her one-year-old Labrador retriever called Bertie, had no idea what would happen to her rescued puppy. The dog understands that all animals in need deserve a home since he once needed one and was given one, so he assists in their care.

The woman heard about seven orphaned two-week-old kittens who needed a temporary home and offered to help.

A person discovered the kittens on the side of the road, abandoned and without a mother, according to information from the Battersea animal shelter.

Orphaned Kittens Were Aided by a Rescued Labrador. 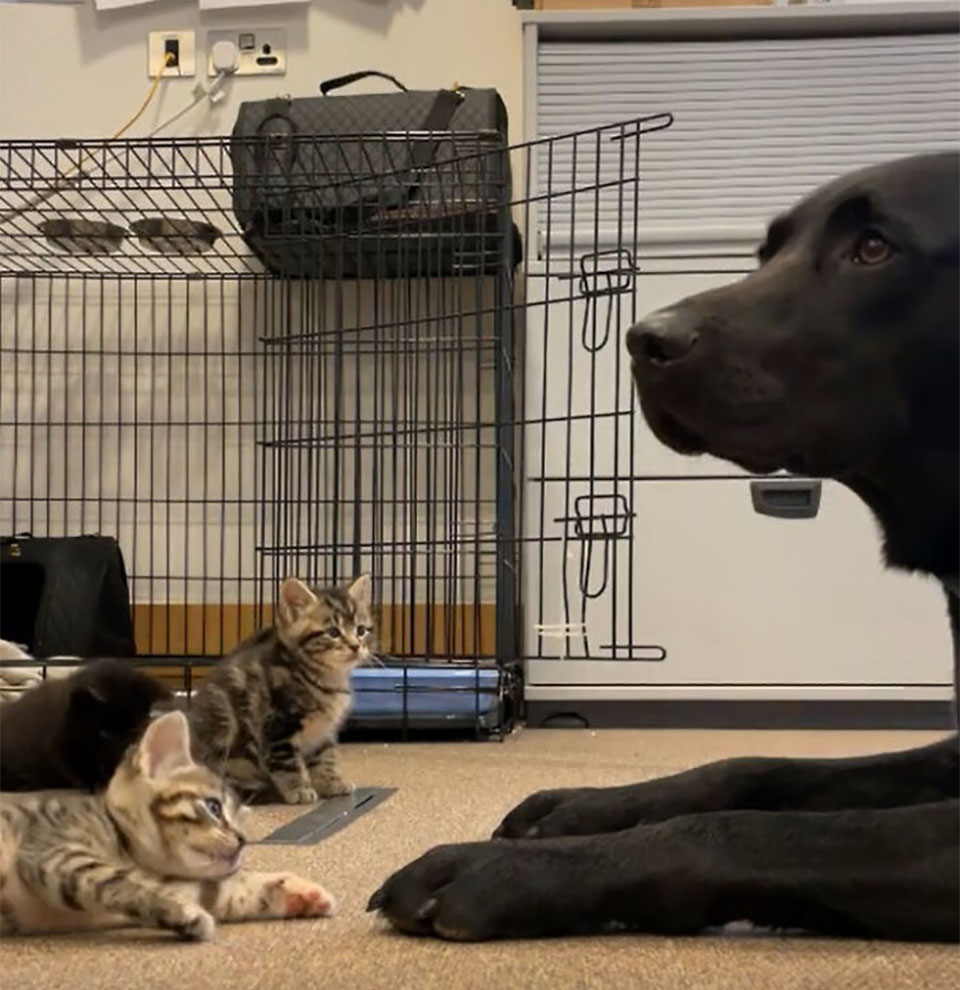 Seeing the need for the cats, the individual decided to take them to the shelter so that they could receive the medical care they need.

The local vets decided that they were in excellent health when they arrived at the shelter and fed them to satiate their hunger. 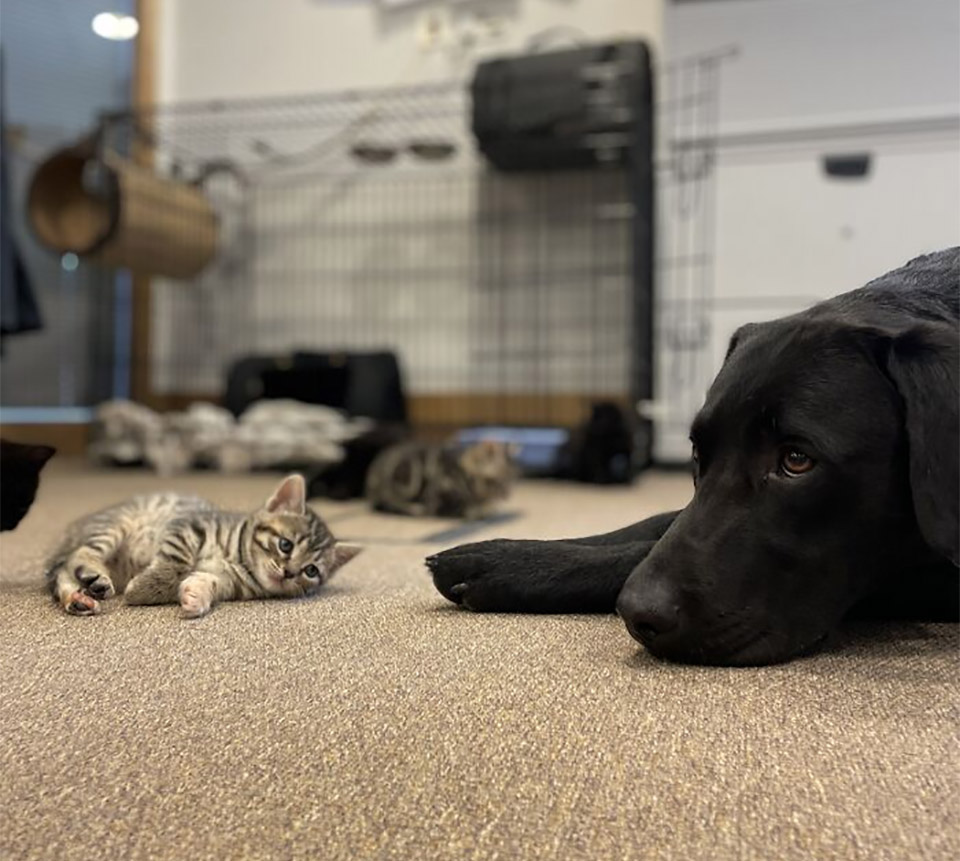 Because the kittens were so young, they needed to locate a foster home where they could be cared for 24 hours a day. Nurse Rachel volunteered without hesitation to care for the babies until they were old enough to reside at the shelter. 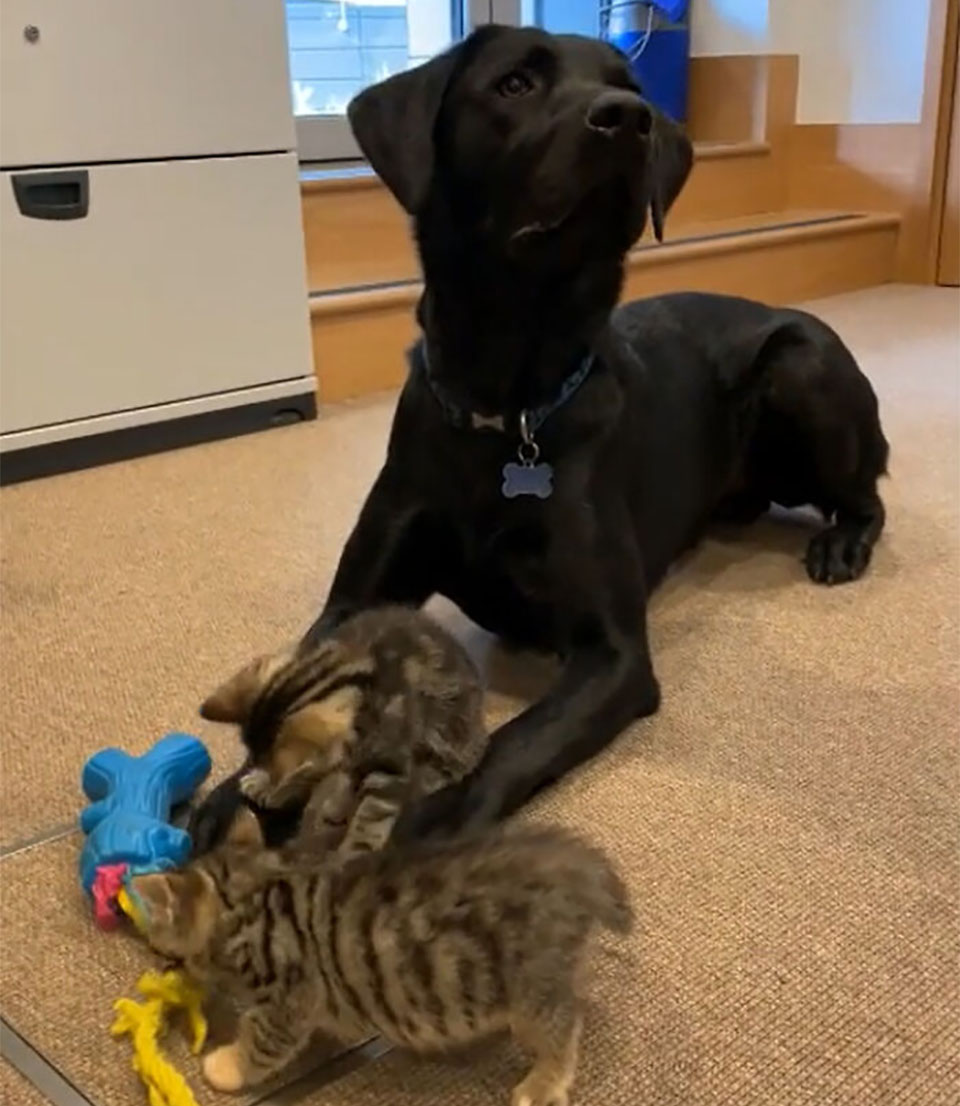 The mother was overjoyed to be able to care for the kittens, but she never expected to have a special helper when she returned home. Her lovely dog was overjoyed by the kittens and wanted to assist in the care of these vulnerable animals in need.

METRO spoke with Rachel, who said:

“Seeing a rescued pet now assist save other animals in need is extremely poignant for me as a former Battersea resident.”

Bertie’s father instinct was awakened at that point, and he became the guardian of the kittens under his care. 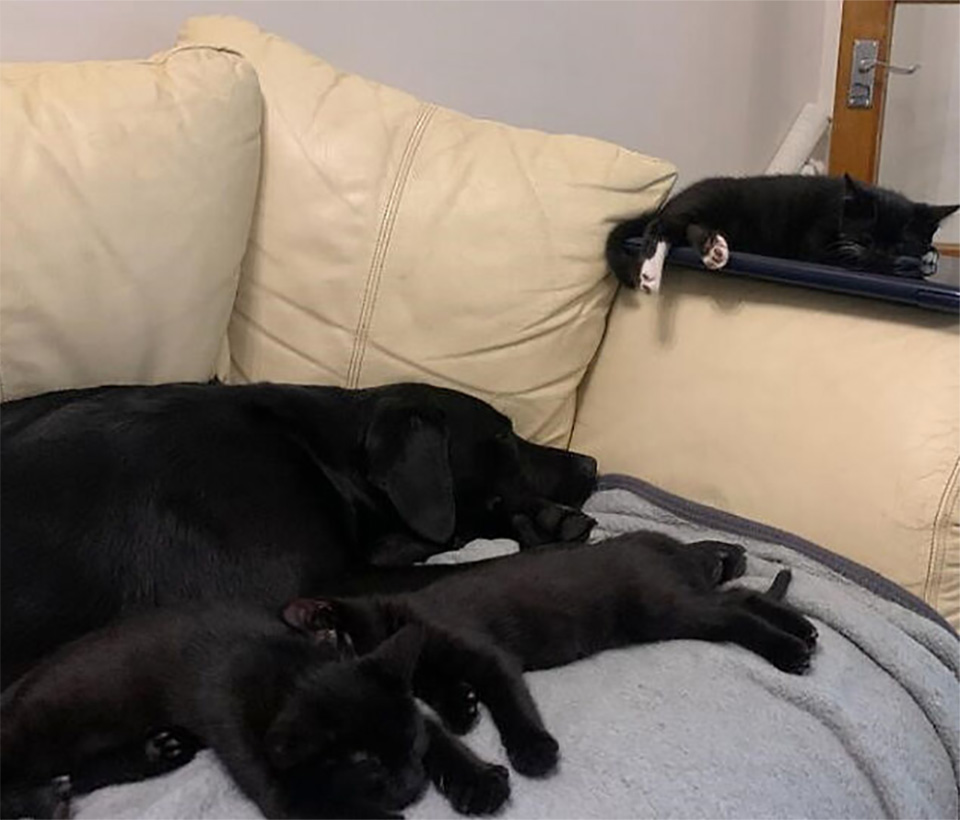 Bertie not only helped keep the kittens secure, but he also kept a watch on Rachel to make sure she gave them everything they needed. Bertie stood by her tiny adopted children every time she fed them, watching their every move and making sure they were okay.

“I am very proud of Bertie for how she has taken care of the kittens over the last two weeks. He is scarcely an adult at less than two years old, yet you wouldn’t think so when you see how patient and attentive he has been. 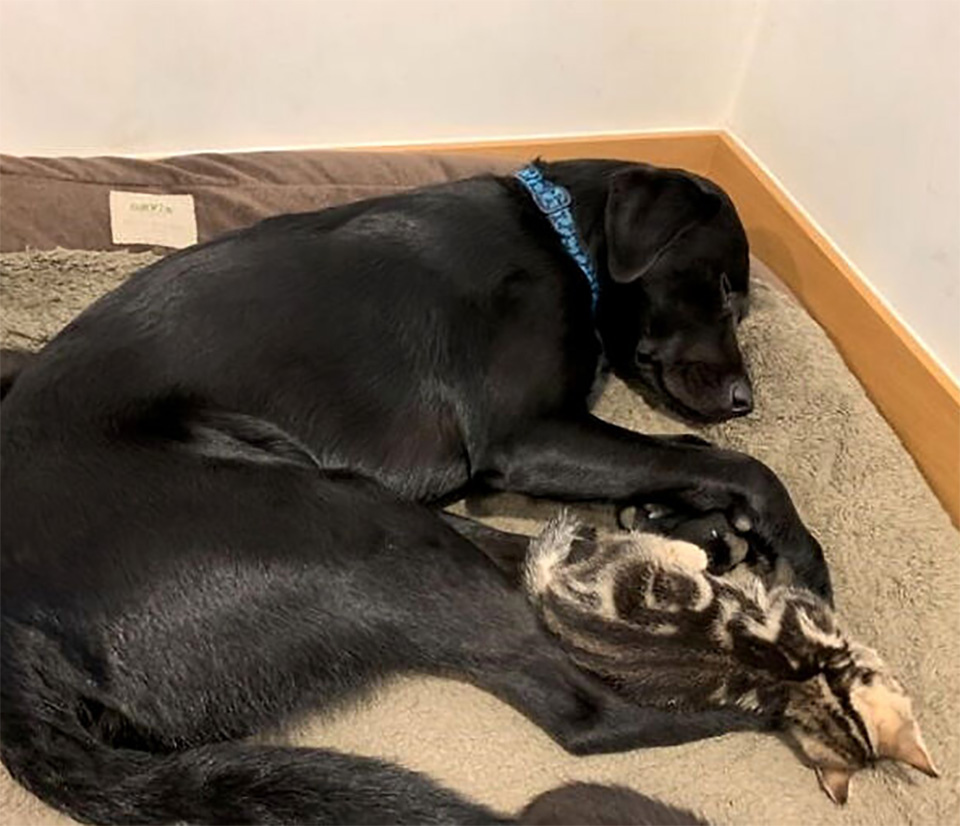 The kittens grew healthy and robust owing to Bertie and Rachel’s care, and they were returned to the shelter.

Each kitten found its forever home quickly and moved into their new homes to begin a new life. 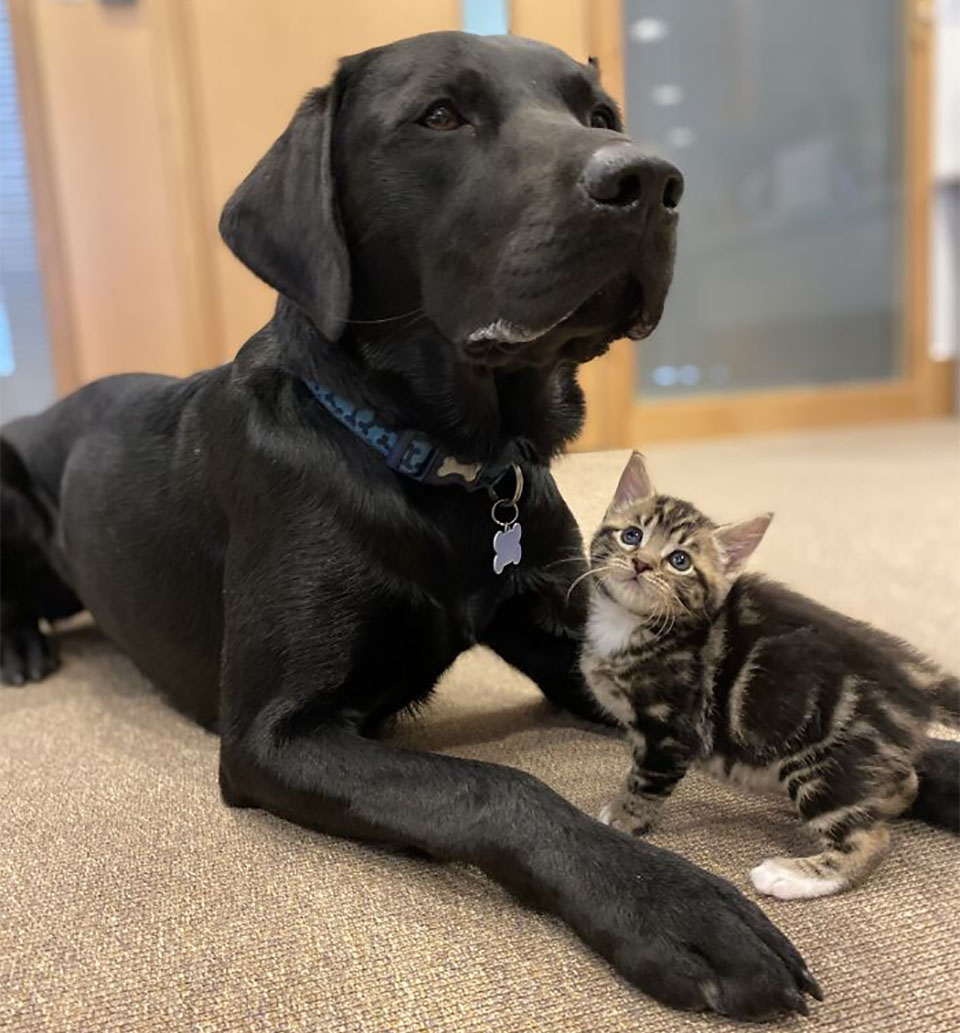 Bertie demonstrates that rescued animals have a protective instinct and will go to great lengths to aid other animals.