A truck driver in Namibia couldn’t believe it when he found a baby aardvark, a nocturnal mammal native to Africa, curled up next to his tires. He tried looking for its mother, but couldn’t find her anywhere. The exotic animal was taken to ZURI orphanage, where the hairless, 2 month old aardvark captured the hearts of the staff members. “It was love at first sight for me,” a local vet and the founder of the organization Dr. Erika de Jager told The Dodo. 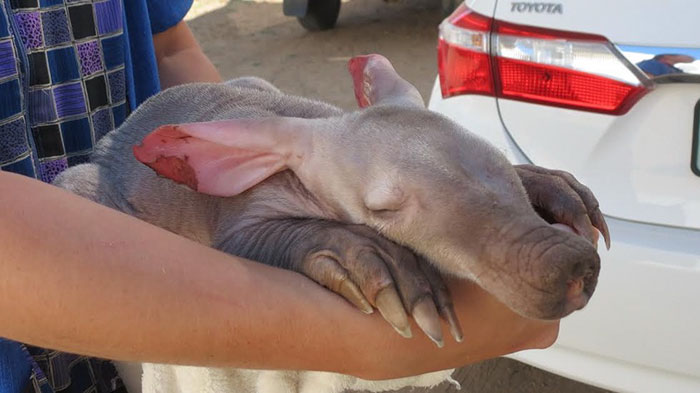 The aardvark was named E.T. and given plenty of love and care. “It is a full-time job, much like a [human] baby,” de Jager added. “They need to be fed every couple of hours”. 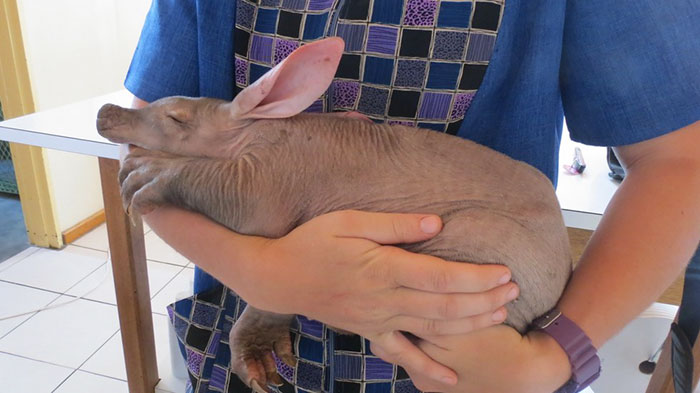 E.T. was also introduced to shelter’s rescue dogs, Spokie and Zarah. At first the pooches were confused as to what kind of dog E.T. was, but quickly he became one of their pack. “If the dogs went for a walk, ET was with them,” de Jager said. “I don’t think ET realized he was an aardvark. I think he just assumed he was a dog.” 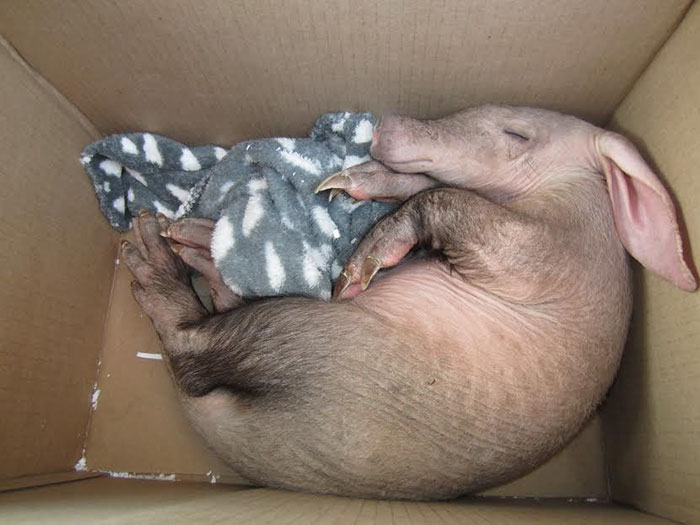 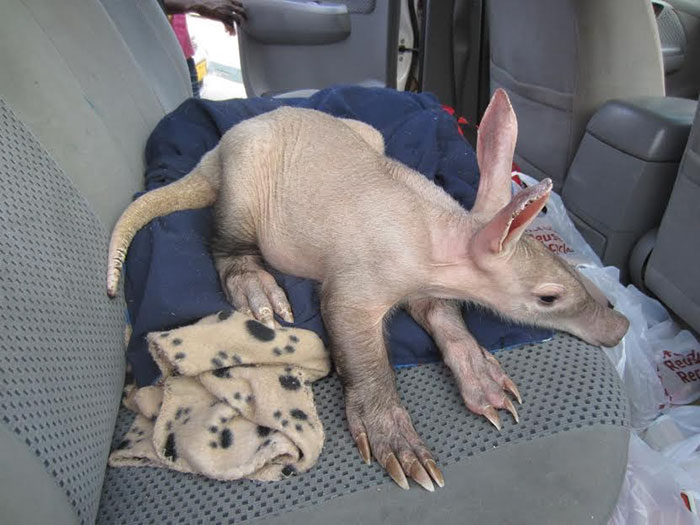 After 5 months at a rescue, E.T. was released back into the wild. Still, the grateful aardvark “comes home every night” to visit his human ‘mom’ de Jager. 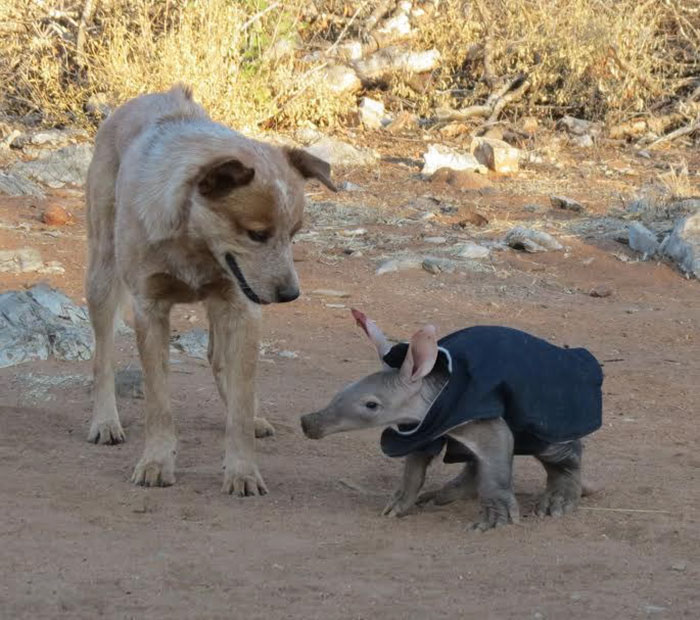