Meet this adorable opossum named Peach. She is so beautiful even though she is suffering from alopecia, a hair-loss condition.

Peach has had a wild winter. She wouldn’t survive if a stranger wouldn’t have saved her. 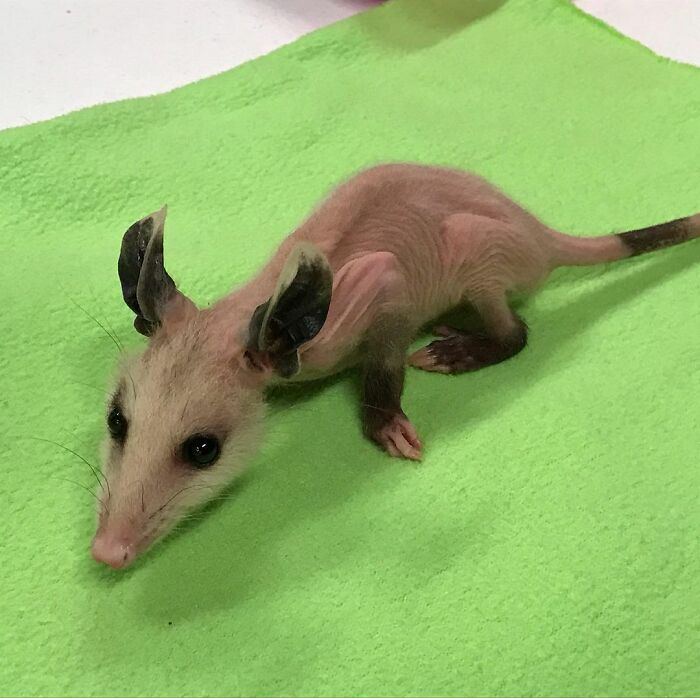 A person found her in SW Lubbock. He dropped off a box near a center and there was the saved possum. 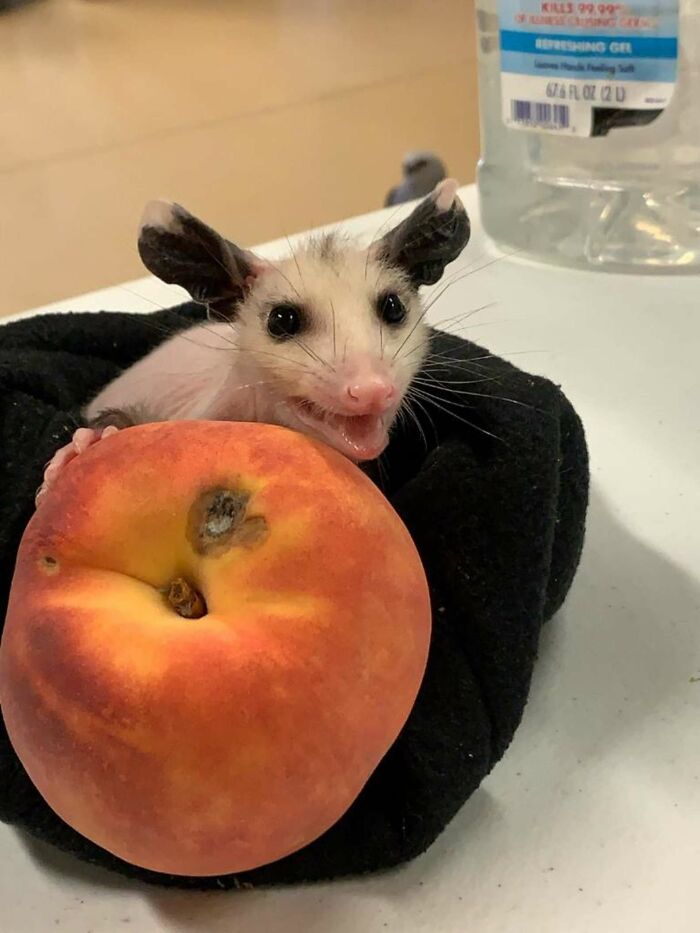 Gail Barnes, executive director of SPWR, saw the scene from the camera. When Barners opened the box, she saw a hairless arm. 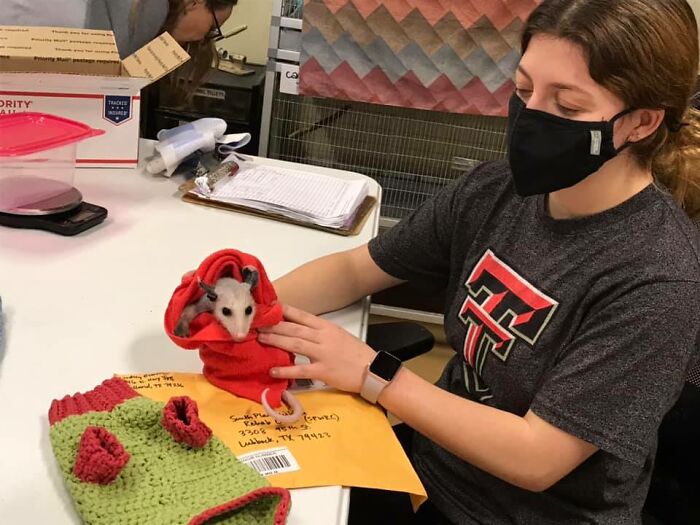 “Oh my gosh, he dropped off a hairless cat.”, Gail Barners said. The opossum was instantly put in an incubator for rehabilitation. 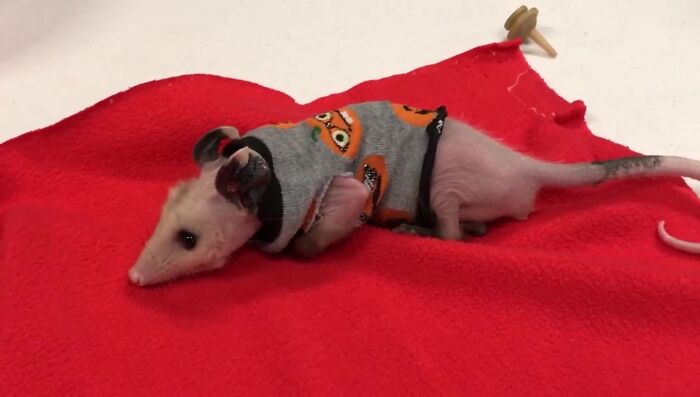