One of the most common issues dog owners encounter is separation anxiety. Some puppies have a hard time dealing with being left alone without their favorite human and can become very frustrated. While most dogs begin to bark, whine, howl, or chew on pillows others get so anxious that they begin to trash the house and destroy things. But no matter how the animal expresses their distress, it’s very important to help calm down. Recently, one animal organization went viral after they shared a unique way to solve this problem by using a mannequin to replicate a person the pet is missing. 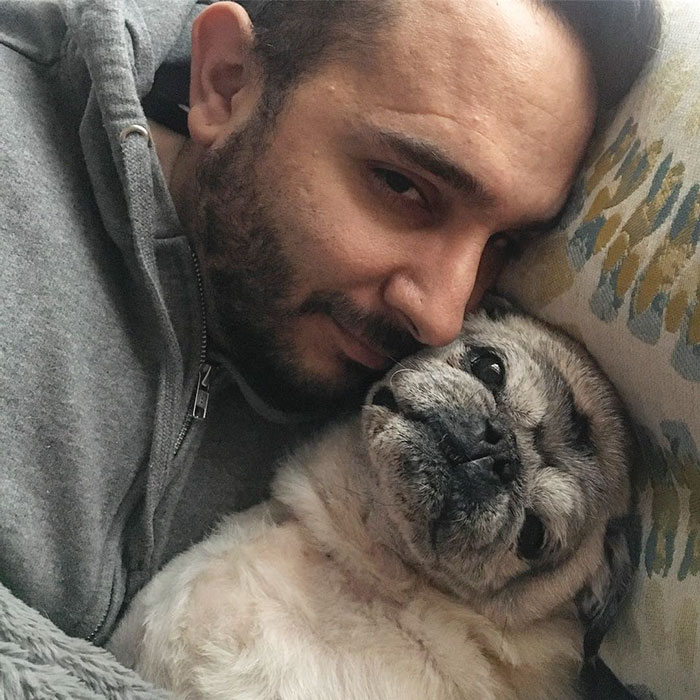 Recently, the adorable dog Shorty turned 15 years old. This senior pup has been living with his owner Marc for 11 years and was adopted from a shelter. “Marc was working at a shelter in Reno when Shorty was surrendered. It was love at first sight and Marc adopted him” Marc’s wife Kristen told Bored Panda.

Shorty hasn’t left Marc’s side for years, they even traveled to work together. However, things have changed when shorty grew older. Due to health concerns, Marc doesn’t allow Shorty to travel with him anymore. “Now that he’s older it’s too difficult for him and we don’t want him getting sick. When Marc is gone Shorty is extremely anxious. He’ll bark and cry and nothing will calm him.” Kristen said that not even she or other dogs can comfort the distressed puppy. “If I hold him he’s still upset,” she said. 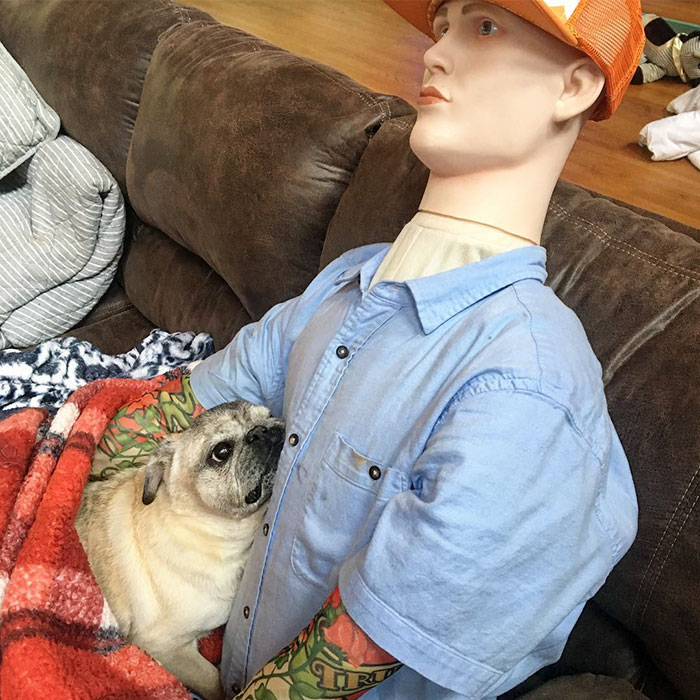 The separation anxiety began taking its toll on Shorty. But one day Kristen’s mom came up with an idea to help him. “She was over one day while Marc was away and saw how upset Shorty was. She went home and ordered the mannequin from a Halloween store that night.”

Kristen admits that she thought it would never work. “When she told me about it, I thought she was nuts. I really didn’t think it would work and it would just be a funny photo opportunity,” she said.

When the mannequin arrived, Kristen made sure that it would resemble Marc as much as possible. So not only did she dressed the dummy in her husband’s clothes, but she also put on the tattoo sleeves on its arms. 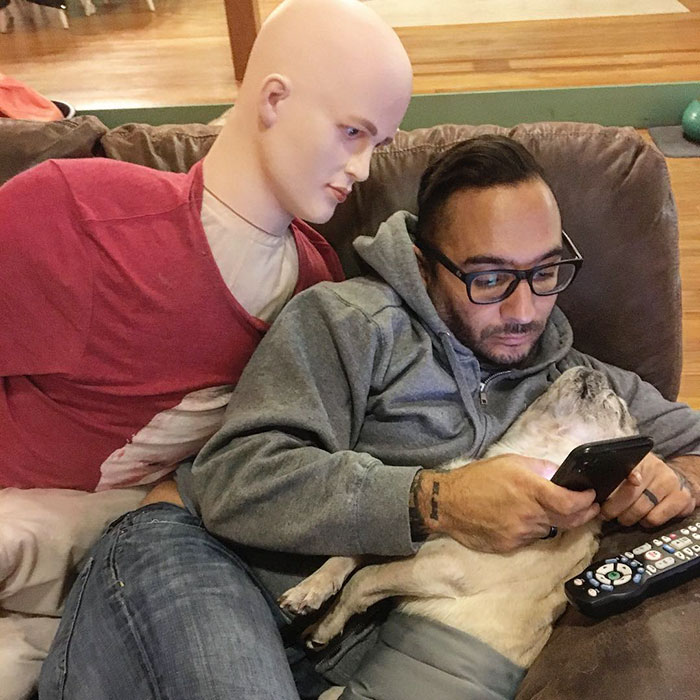 She called the mannequin FARC (Fake – Marc) and placed it on the couch. next step was to introduce the anxious dog to the new Marc. When she snuggled Shorty with the dummy something amazing has happened – Shorty calmed down.

The pup was asleep within 30 minutes and slept calmly through the night. What Kristen thought would only be a hilarious photo became a real anxiety medicine for the distressed puppy.