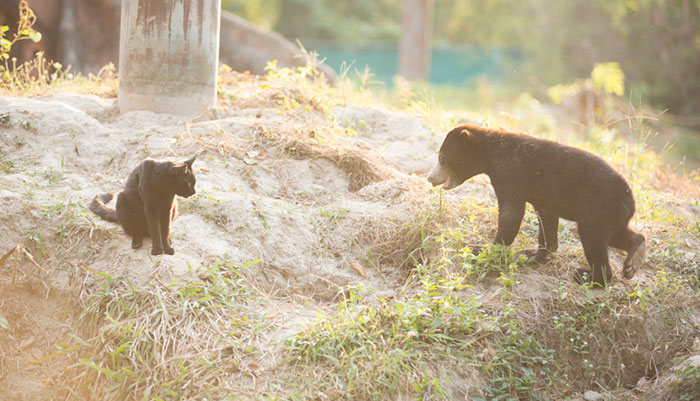 “The mother bear, Gallamair, often befriends cats so her cub is copying this,” WFFT’s Tom Taylor told Bored Panda. “George was friends with the mother bear before the cub arrived. They seem to get along very well and spend lots of time together. All three of them often sit down and eat together. I think its good for her to have another friend to play with, she seems to enjoy the playfulness of George.” 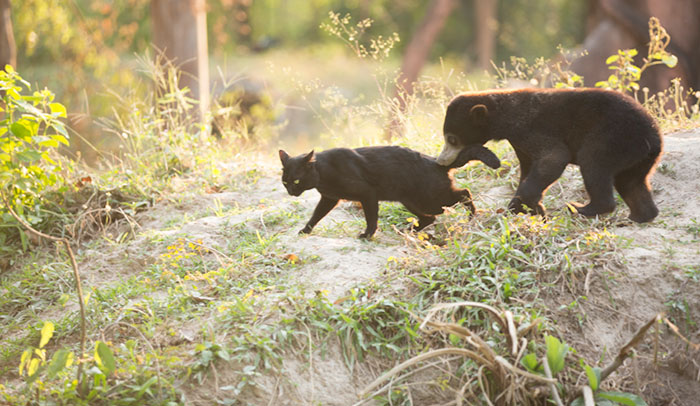 Ka Wao wasn’t even supposed to be born. Her dad Kaka was vasectomized to prevent breeding as the organization does not promote unnecessary breeding of wild animals in captivity. 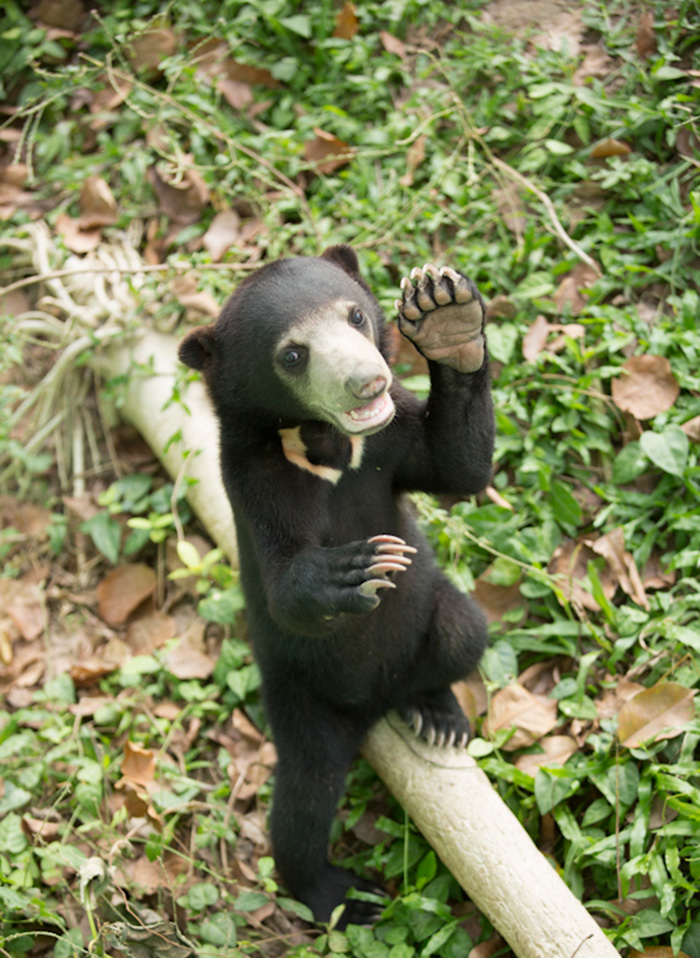 However, Ka Wao proved that the operation wasn’t successful. Which worked out well for George, because now he has a gang of bears to look after him!