Eight months ago, Fat Vincent showed up at a county shelter in Texas after his owner died. The Dachshund was morbidly obese, tipping the scales at 38 pounds, which is a heck of a lot of extra weight for a small dog like him.

He was unhealthy and depressed and could barely walk. His cholesterol was too high and his sensitive Dachshund spine was at risk of nerve damage from all the extra weight.

K-9 Angels Rescue in Houston couldn’t stand seeing Fat Vincent the way he was and saved him. His veterinarian said that his body mass index (BMI) was 62.7 body fat. His ideal weight would be 16.8 pounds, meaning the little dog would have to lose 21.2 pounds!

He went into foster care with Melissa Anderson and was put on a diet and exercise program to help him shed the pounds. 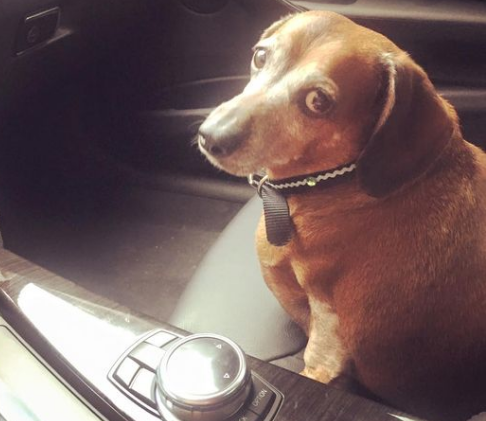 He went walking – which he loves! “He waits by the door after breakfast every morning,” Melissa told KDVR News.

Month after month, he made progress.

Must have been the green beens! 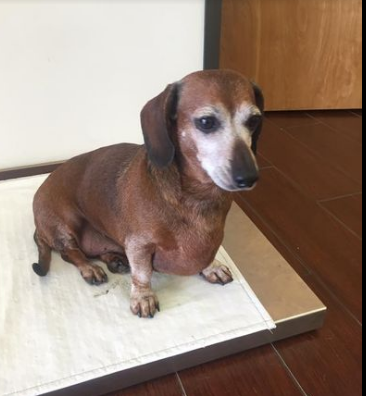 Now he’s a svelte 17 pounds and his whole attitude has changed.

“He is the sweetest, funniest, happiest guy now,” Melissa said