In September 2018, Dean Nicholson had one goal – to cycle across the globe solo – and he began his journey around the world riding from his hometown Dunbar, Scotland. The 31-year-old Scottish traveler was tired from his nine-to-five job as a welder, so he wanted to change his lifestyle and see the world from a bicycle seat.

The road trip went great as he traveled south, passing through eight different countries and sharing his wild adventures online. But when he was crossing the Bosnian border into Montenegro, his plans had to change a little bit. 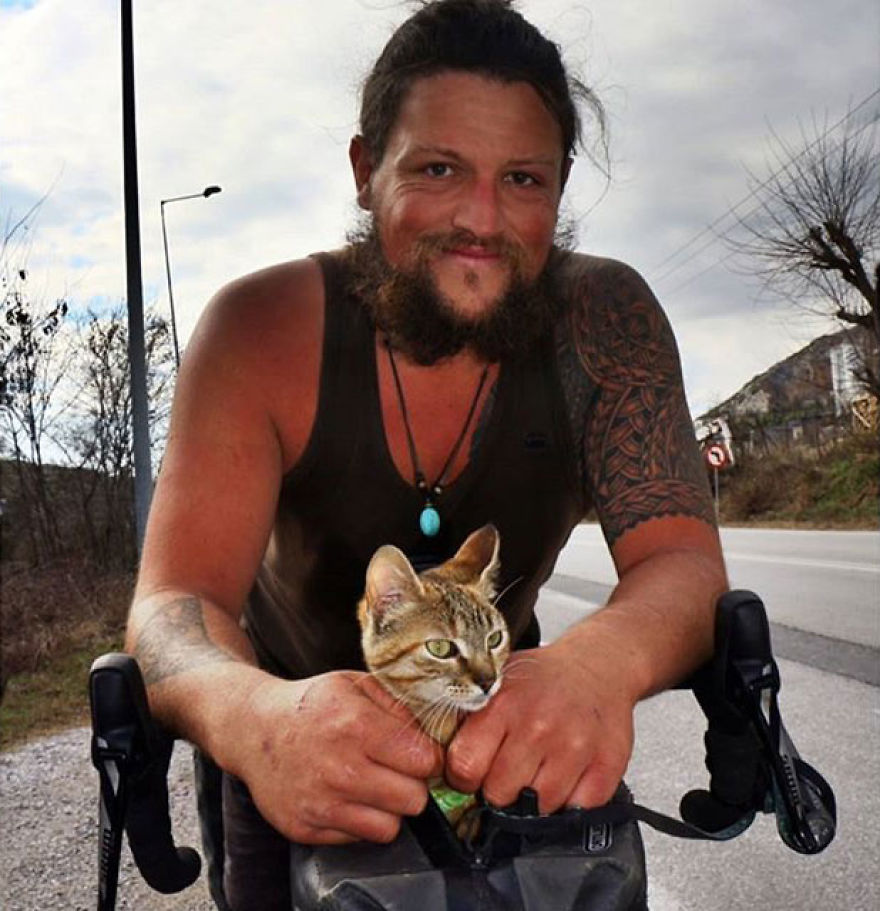 He was going up a steep hill with loud music on when suddenly he heard a desperate meow behind him. When he noticed a tiny kitty, he decided to stop for a second to stroke her and move on. However, the stray cat had other plans as she immediately showed her affection. She just couldn’t leave his side, and even though Nicholson didn’t plan a cat adoption, he soon fell in love with her. Let’s be honest, who wouldn’t?

He knew that since they were in the middle of nowhere and the adorable cat was desperately hungry, her previous owner had intentionally dumped her. After a trip to the vet, Nicholson named her Nala, after one of the characters in his favorite movie ‘The Lion King’ and took her on as a travel buddy.

At first, Nicholson didn’t have a place for kitty, so he had to be creative. He made some space in his front basket, clearing out some of his digital equipment, and carefully placed her there. In that way, his new travel companion was granted the best seat in the front and had the honor to lead the way. 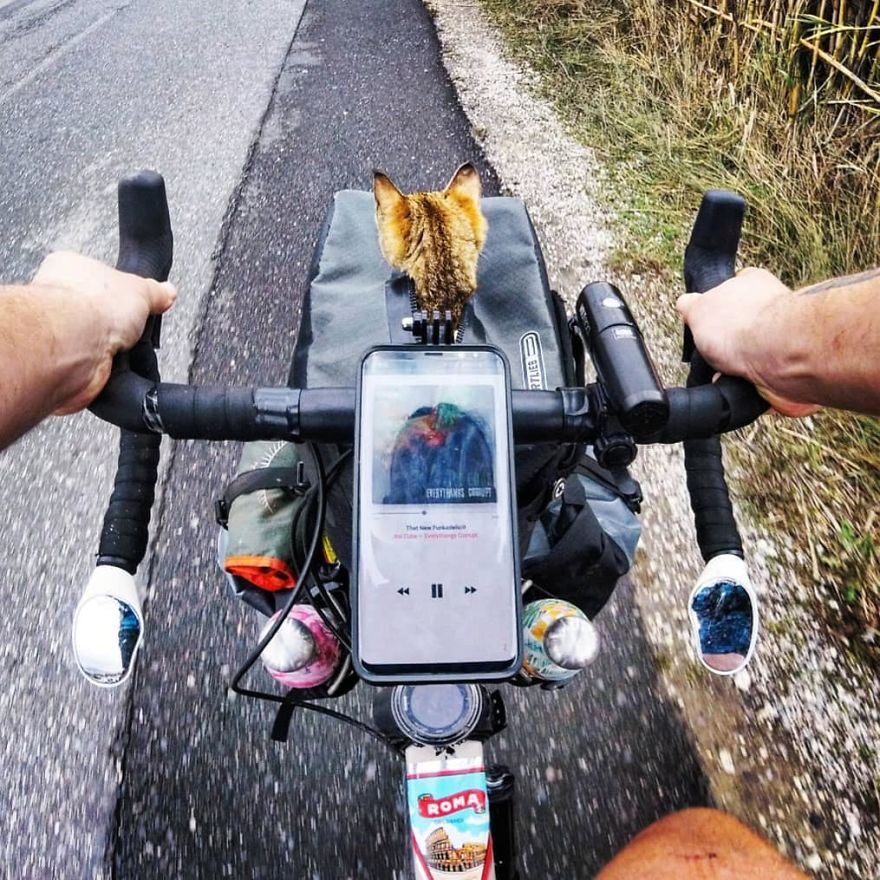 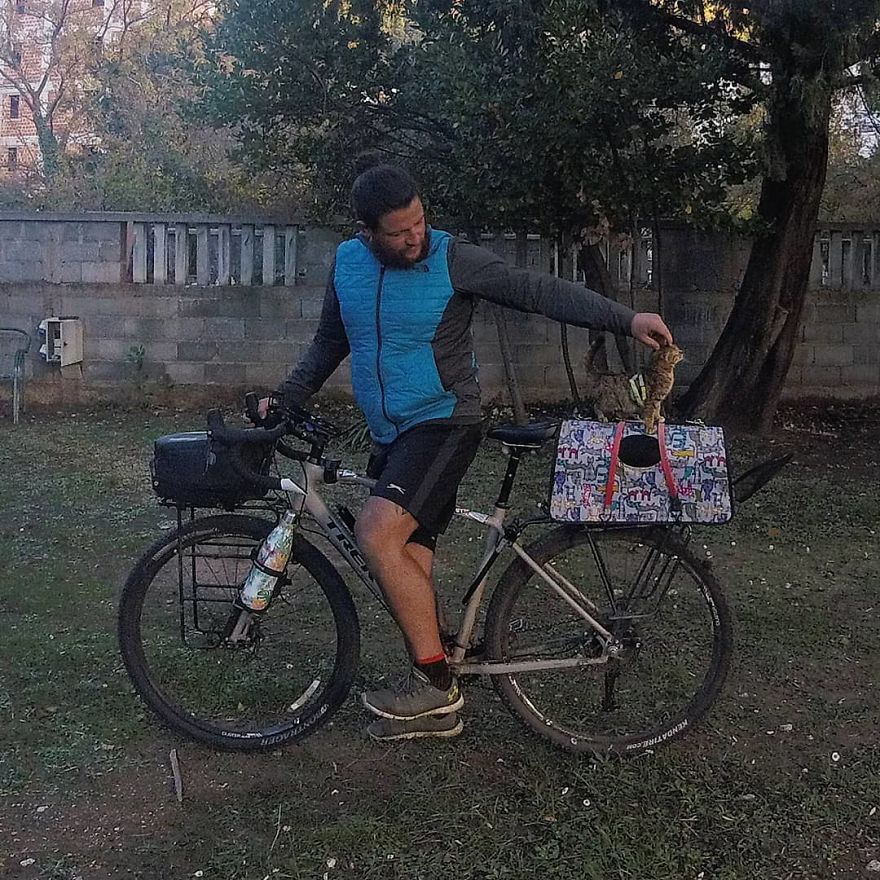 Nala quickly showed her loving personality and adventurous soul. She loves traveling and is super relaxed and chill, showing no signs of discomfort, traveling long distances. Sometimes she jumps out of the box and sits on Nicholson’s shoulder. She attracts everyone’s attention, and they always ask for a picture of her.

The two of them became inseparable, traveling from town to town, exploring new places, abandoned villas, and hidden beaches, with Nala being on his shoulder through the good and the bad. Nicholson surely couldn’t imagine a better travel companion!

At the end of the year, Nicholson didn’t want to put their journey on hold. Therefore, they traveled through the rain and cold, which caused Nala a chest infection. At that moment, the Scottish traveler realized how much he doesn’t want to lose his little feline, so he decided to stay in a hostel for several weeks and wait for her recovery.

With Nicholson’s great care, Nala got well pretty quickly, and they set off once again, however, this time with a more secure and waterproof setup for Nala. And of course, their bond became even stronger than ever.

It’s crazy how quickly your plans can change when you meet the right companion. When Nicholson started his journey, he had one vision in his mind – to travel the world with his bicycle – however after meeting Nala, he cares more about her growth than his journey. And it’s just too cute!