When a retired bricklayer found a Magellanic penguin washed up on a Brazilian beach and soaked in oil, he rescued the bird. 71-year-old widower João Pereira de Souza cleaned the sick bird, fed him sardines and then brought him back to the water. 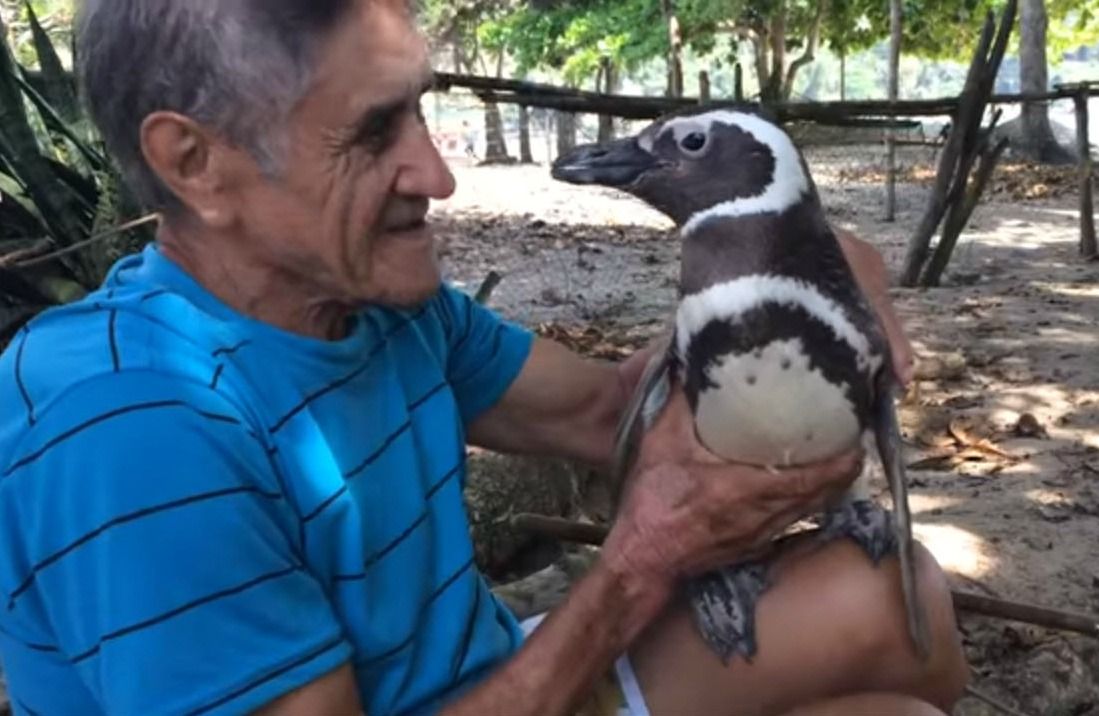 João expected the penguin to swim off and rejoin his flock, but instead the bird refused to leave his side. That was back in 2011, and since then the two have become best friends.

Named Jingjing, the penguin does swim away in February but he always returns to João’s seaside shanty in the Spring, and spends the next 8 months with his human friend. The bird loves his human so much he won’t allow other animals anywhere close to him! 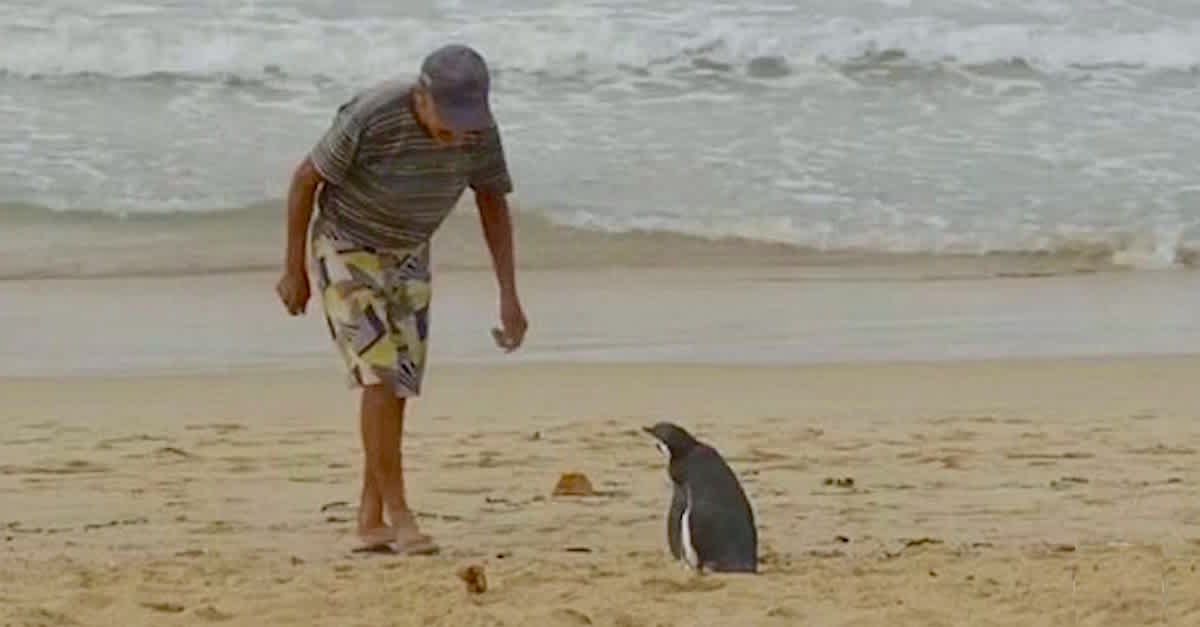 Magellanic penguins are classified as a “threatened species,” and tens of thousands of adults and juveniles are killed every year due to oil spills. Jingjing was spared that fate because of João’s kindness.