By the time authorities busted two wildlife traffickers, it was far too late to save the pangolins — but one little life was still hanging on.

On September 13, traffickers were found in Cameroon smuggling 88 pounds of pangolin scales — which are in high demand for traditional medicine in the Far East, driving the pangolin to the brink of extinction — and a small backpack. 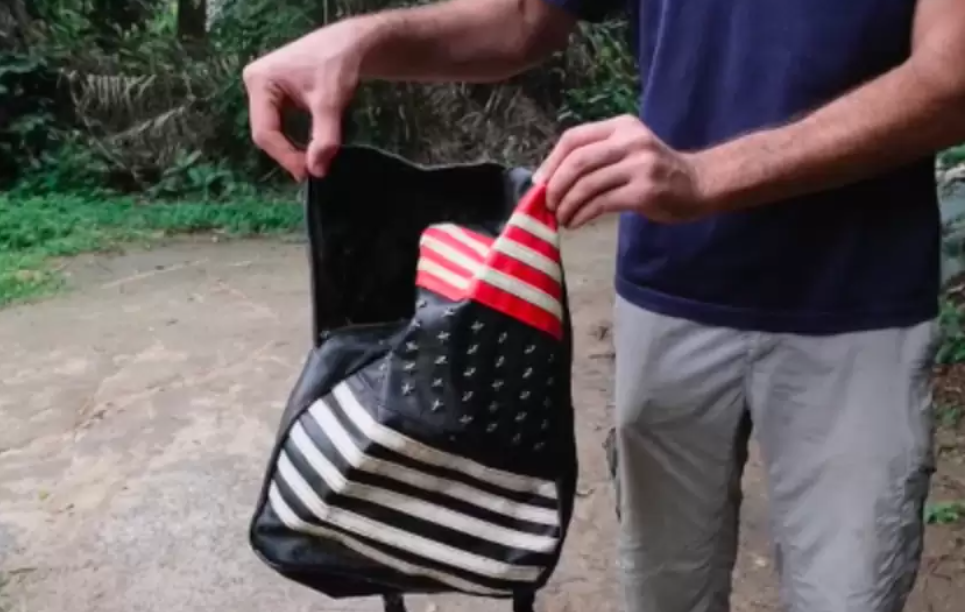 Inside the backpack was one of the things they were going to try to sell once they reached the capital of Cameroon, hundreds of miles away.

“The traffickers admitted purchasing the mandrill from a local man for 2,000 CFA (around $4 USD) and intended to sell him for nearly 200 times that price,” Ape Action Africawrote. “The traffickers had kept him zipped inside a backpack and it was filled with urine and excrement. He was soaking wet from sitting in his own waste.”

All kinds of primates are highly social, and the mandrill is no exception. Mother mandrills typically give birth to just one baby at a time, who is inseparable from her for at least a year. This infant was taken from his mom so young, it could have been truly disastrous.

The little mandrill was driven straight to Mefou Sanctuary, which is run by Ape Action Africa. And instead of being sold, he got a name. 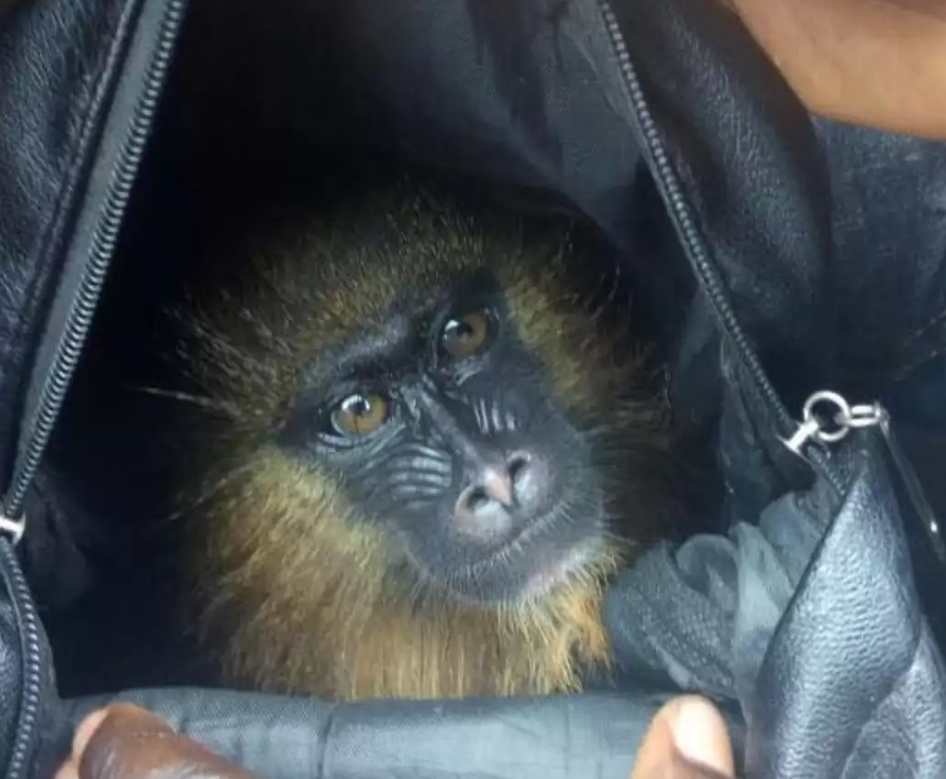 He was visibly shaken — and he was obviously starving. So rescuers rushed to give him something to eat and to make him feel safe and calm.

“We named the little boy Mintom and introduced him to his new home — a spacious cage where he can move freely during his quarantine period,” the organization wrote.

Mandrills are a vulnerable species because of exactly what nearly happened to Mintom. They are hunted and stolen from the forest by people. Not only that, the evergreen rainforests that are home to mandrills are diminishing because of human industries and development. 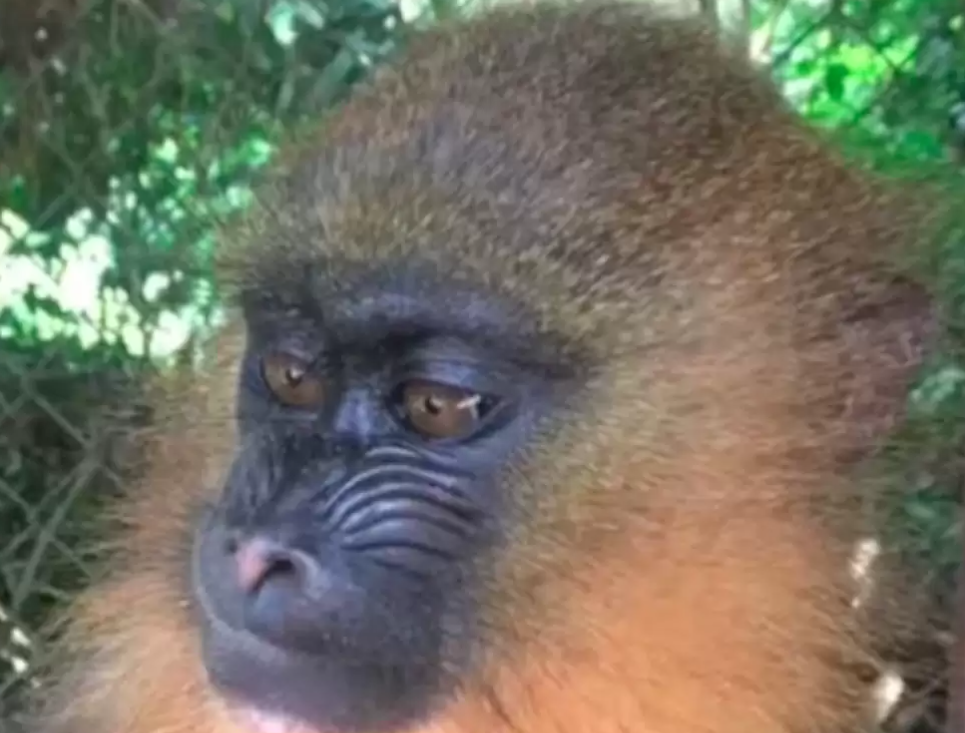 “As soon as he receives a clean bill of health, Mintom will be introduced to our young mandrill group,” Ape Action Africa said. “In the meantime, he is happy and relaxed in his new home and busy catching insects with his quick little hands.”