At the beginning of January, one concerned landowner called Suffolk Owl Sanctuary to report a presumably injured little owl. But upon the first inspection of the female bird, the rescuers thought the owl to be ‘soggy’ as she wasn’t able to fly. However, as it later turned out, the cute owl wasn’t soggy at all – she was just a tad overindulged. Well, not just a tad probably, as the Suffolk Owl Sanctuary had examined the fat bird and deemed it “simply extremely obese” and therefore “unable to fly effectively.”

Suffolk Owl Sanctuary – a UK-based organization – was contacted when one landowner spotted a bird of prey in a ditch. “Usually in these instances, we assume injury of sorts that is preventing the owl from flying – occasionally becoming wet causes them to become grounded too,” the bird sanctuary wrote on their Facebook page. “So you can imagine our surprise that when we examined her, we found her to simply be an extremely fat animal!” 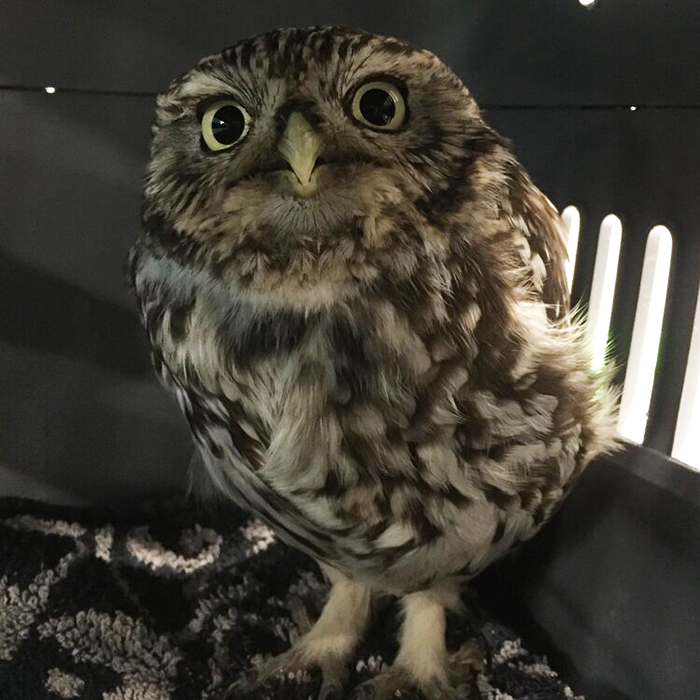 Upon weighing the overindulged bird, the bird rescuers found out that it is roughly a third heavier than a large healthy female little owl (Athene noctua). “She was unable to fly effectively due to the fatty deposits around her body,” Suffolk-based animal rescuers wrote. They added that it is very unusual for wild birds to become obese naturally, so the rescuers put all effort into investigating the possible scenarios – the first being that she was an escaped aviary bird. However, it turned out that she was simply “an unusual case of natural obesity.” As this winter was pretty mild, the area that the little owl roamed in was crawling with field mice and voles. The animal rescuers spent a few weeks observing the fluffy bird and put her on a strict diet. “We can now happily say she has trimmed down to a more natural weight for release,” Suffolk Owl Sanctuary writes.

After a few weeks of strict diet, the little owl was released back into the wild 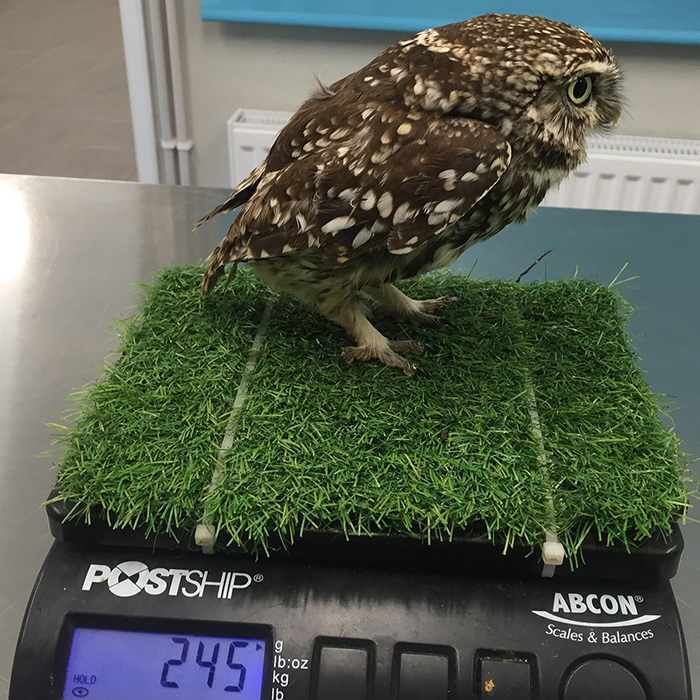 “Wow…what a little star Plump has turned out to be!” animal sanctuary writes. “Here she is upon release, flying gracefully off into the British countryside at a much healthier, and happier weight.” Let’s just hope that this chunky avian has learned her lesson and won’t be overindulging in mice anymore!