What started as a regular walk for two cockapoo dogs suddenly became a family reunion of two long-lost siblings in the UK. One Twitter user shared photos that show the two sibling dogs happily hugging each other on the road after accidentally crossing paths during their walk. We would say that Twitter loved it as these photos now have 936.1K likes and 186K retweets. Scroll down for Bored Panda’s interview with the dog’s owner Susan Killip!

Libby Pincher recently shared photos sent by her dad, whose business partner Dave was out walking his one-year-old cockapoo Monty in Ayecliffe, County Durham, when he spotted fellow dog owners walking a similar-looking dog. In no time, the dogs had wrapped their paws around each other as if they were hugging. Seeing this, the owners started talking and realized that they were from the same litter, but were separated when they were adopted by different families. 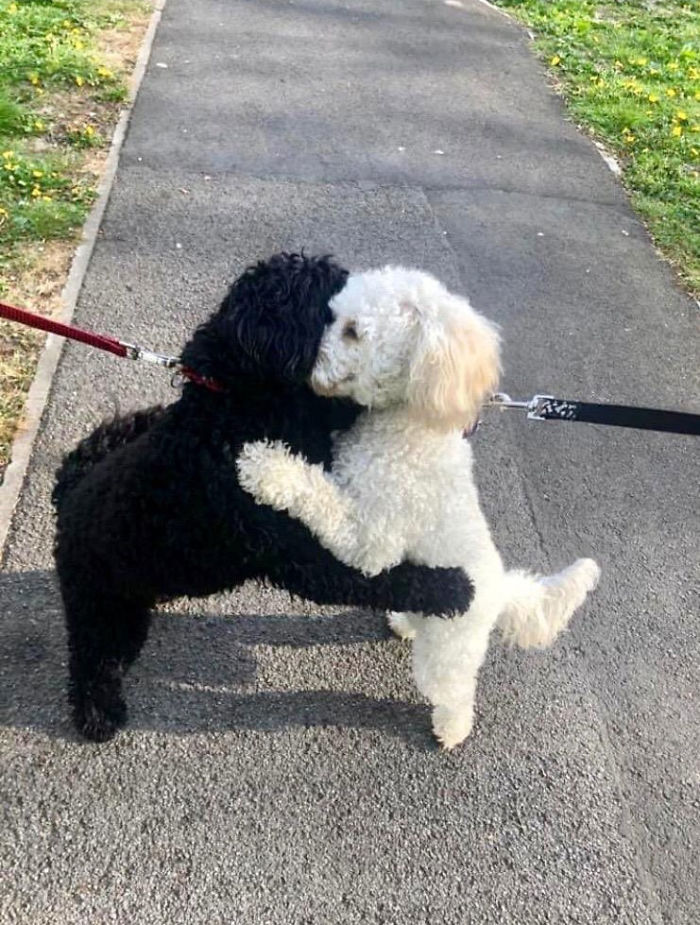 “My husband Lee and I took Rosie for a walk one day and bumped into David. Aw, it was so lovely, they both just jumped up and hugged each other, it was amazing, they remembered each other after 10 months of not seeing each other,” remembers Susan Killip. “I took some photos and sent them to Jean and that was the last I heard of it until Jean rang me to say David had sent them to a friend who sent them to his daughter Libby and the next thing we know they were on Twitter and, as you know, it’s just gone crazy from there.”

When asked how they decided to adopt Rosie, Susan said: “We decided to get a cockapoo 2 years after losing our toy poodle called Lucy. We missed her so much and still went for long walks sometimes carrying her ashes with us in our pocket. I contacted my friend who already had a cockapoo, who put me in touch with the breeder of her dog, who informed us that Rosie’s mom called Millie was due a litter late June 2019.” 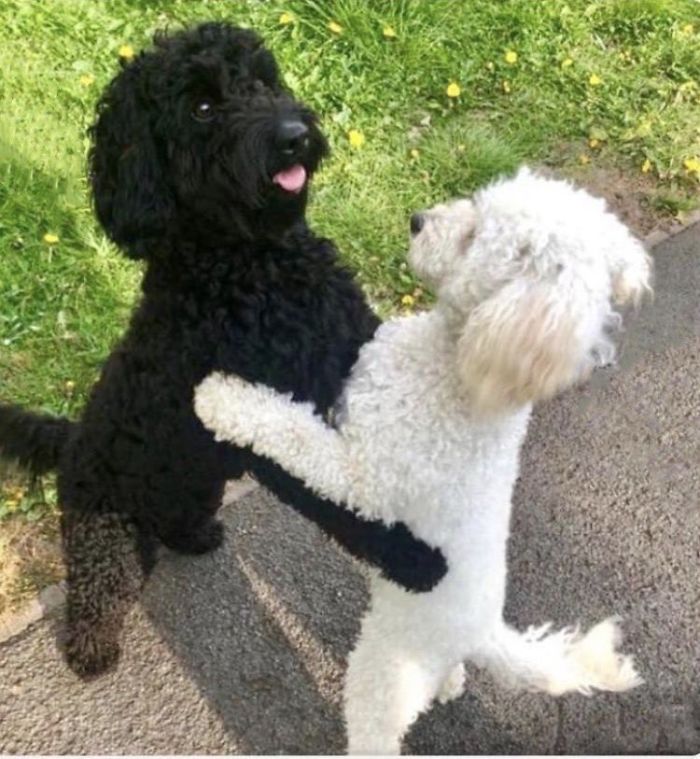 “They were born at Bishop Middleham on 30th June. There were 6 puppies, but Monty and Rosie were always together. We had picked Rosie as she was the little quiet puppy in the corner and our friend Jean, who decided to get a puppy too, picked Monty. Due to complications with the breeder, Jean looked after Rosie for 2 weeks after we picked her up in September as we already had a holiday booked. They spent a week together and had so much fun. We picked her up after our holiday and brought her back home and she never saw Monty again until about 3 weeks ago, as Jean and David live in the next village, so we never see them. We often text each other to see how the dogs are doing, but we never had time due to work commitments to meet up.” 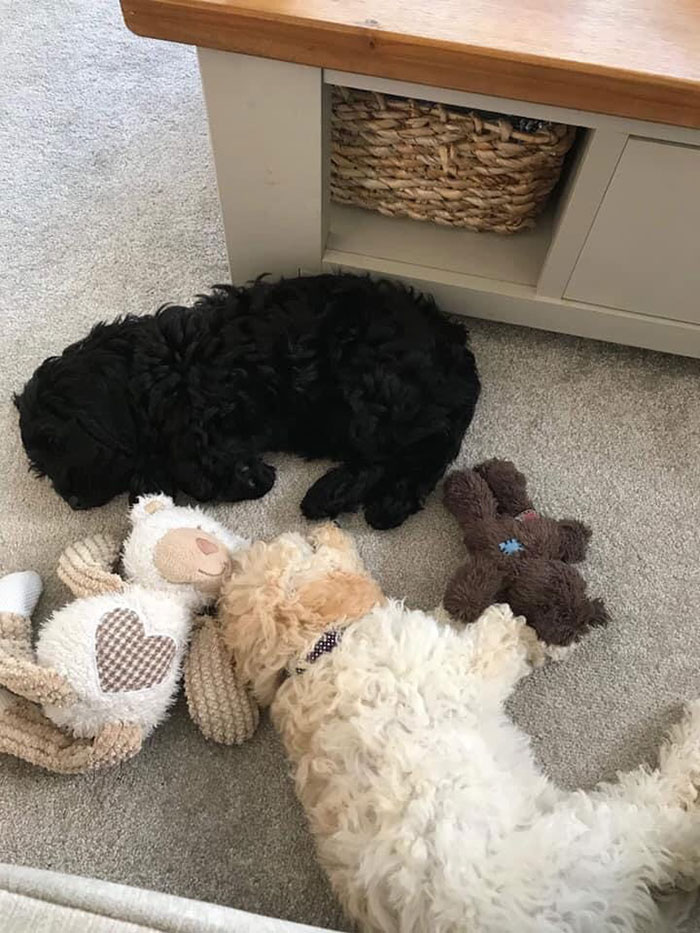 And if you wonder whether Monty and Rosie will ever meet up again, Susan has great news: “When we are allowed to go out and meet people again, we are going to meet up and as it’s nearly Rosie and Monty’s 1st birthday, hopefully we can do something to celebrate it together.”